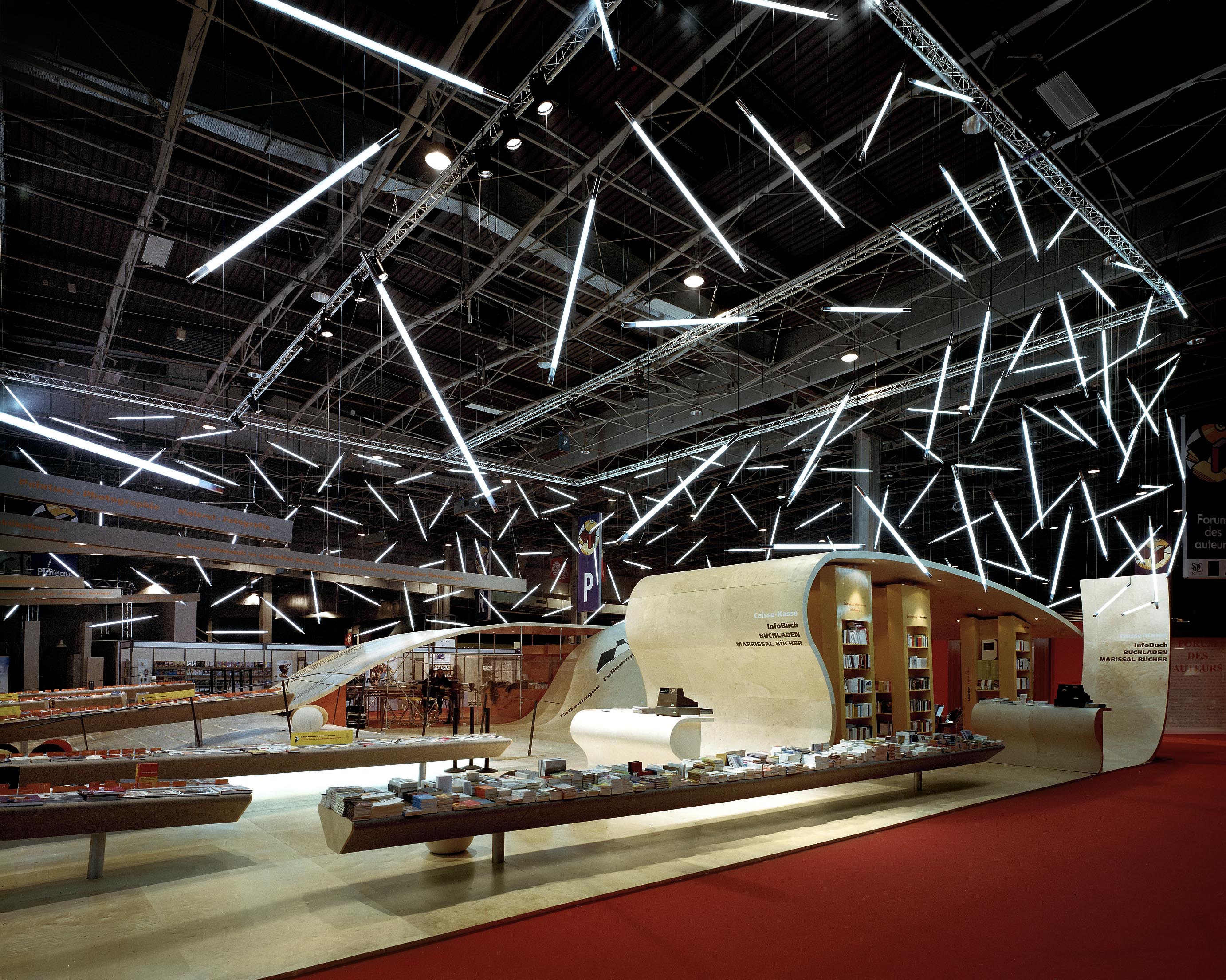 At the Paris Salon du Livre 2001, Germany was invited to exhibit as the Guest of Honor. Scheßl/Weismüller won the design bid for this German Pavilion and developed a unique concept. Reflected in both, architecture and corporate design, the concept idea created an overall expression of „waves“ intertwining and emphasizing the historical and communicational ties between Paris’ and Berlin’s literary culture, highlighted by the sparkling light installation of the Berlin artist Hans Peter Kuhn. The lead of color, light and form were omnipresent throughout the entire design. The delivered promotional materials included posters, invitation cards, book cards, and more, all in the same seamless design. The award winning pavilion and its associated program were extensively featured in news and other media outlets, with over more than 500 pages of coverage. 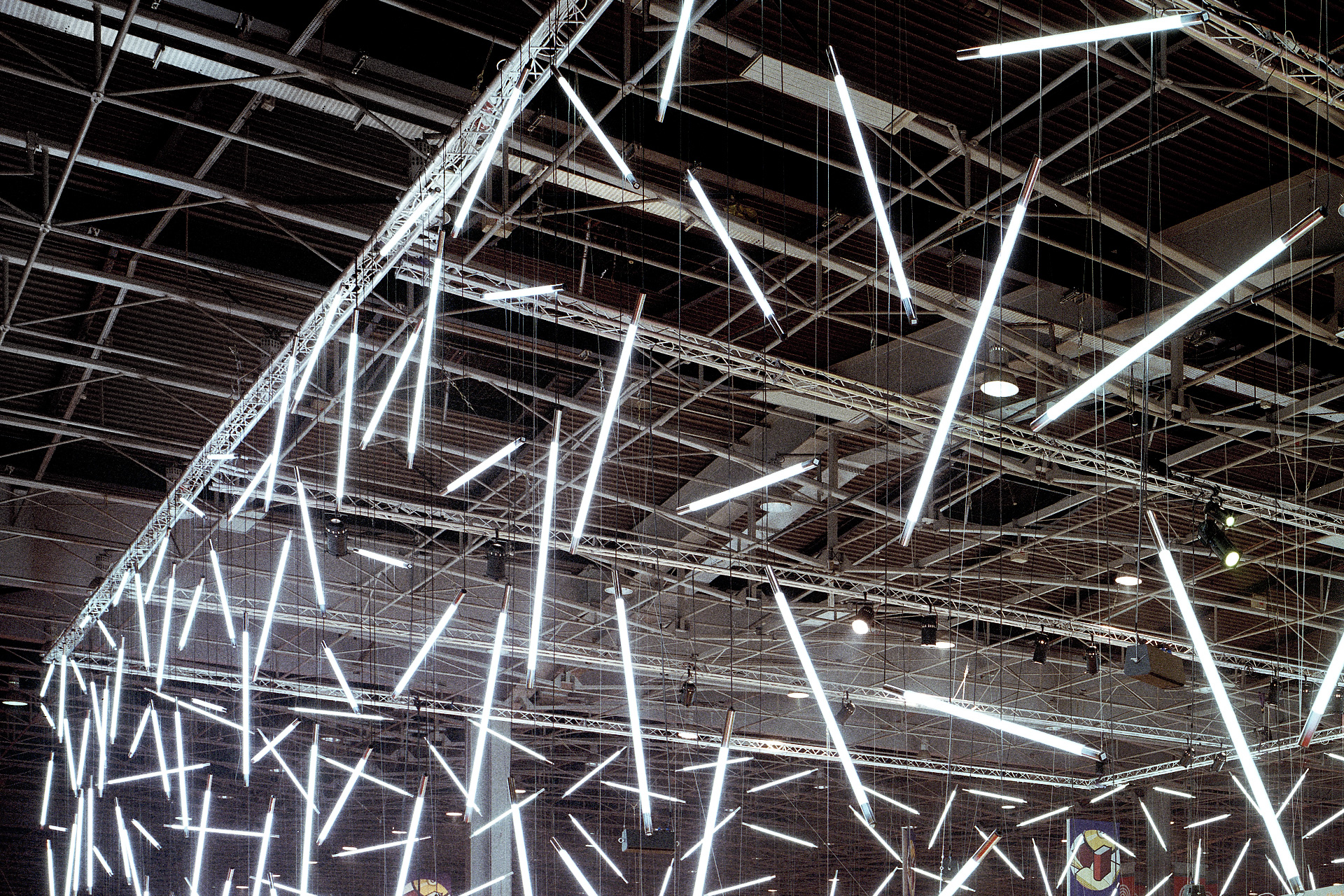 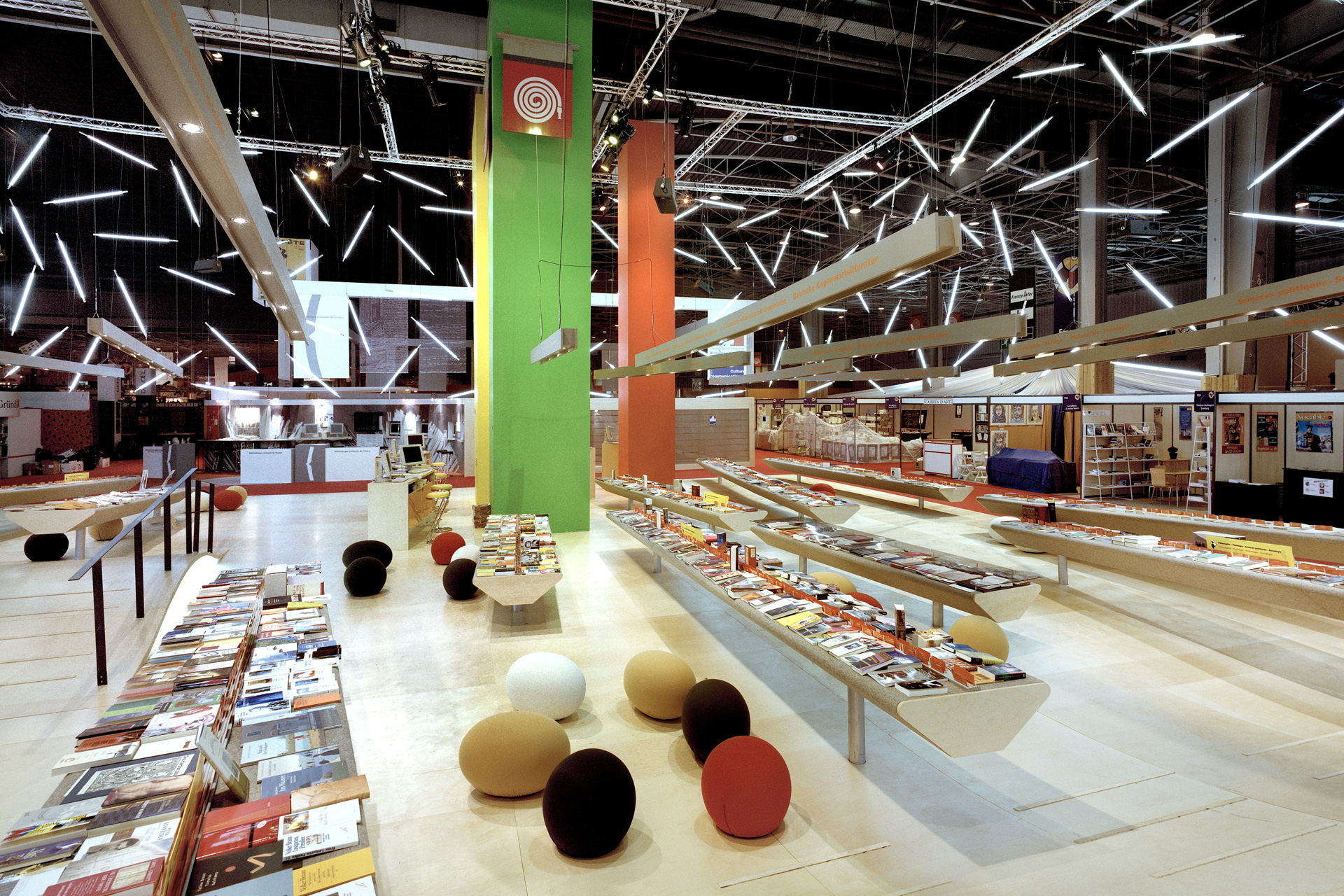 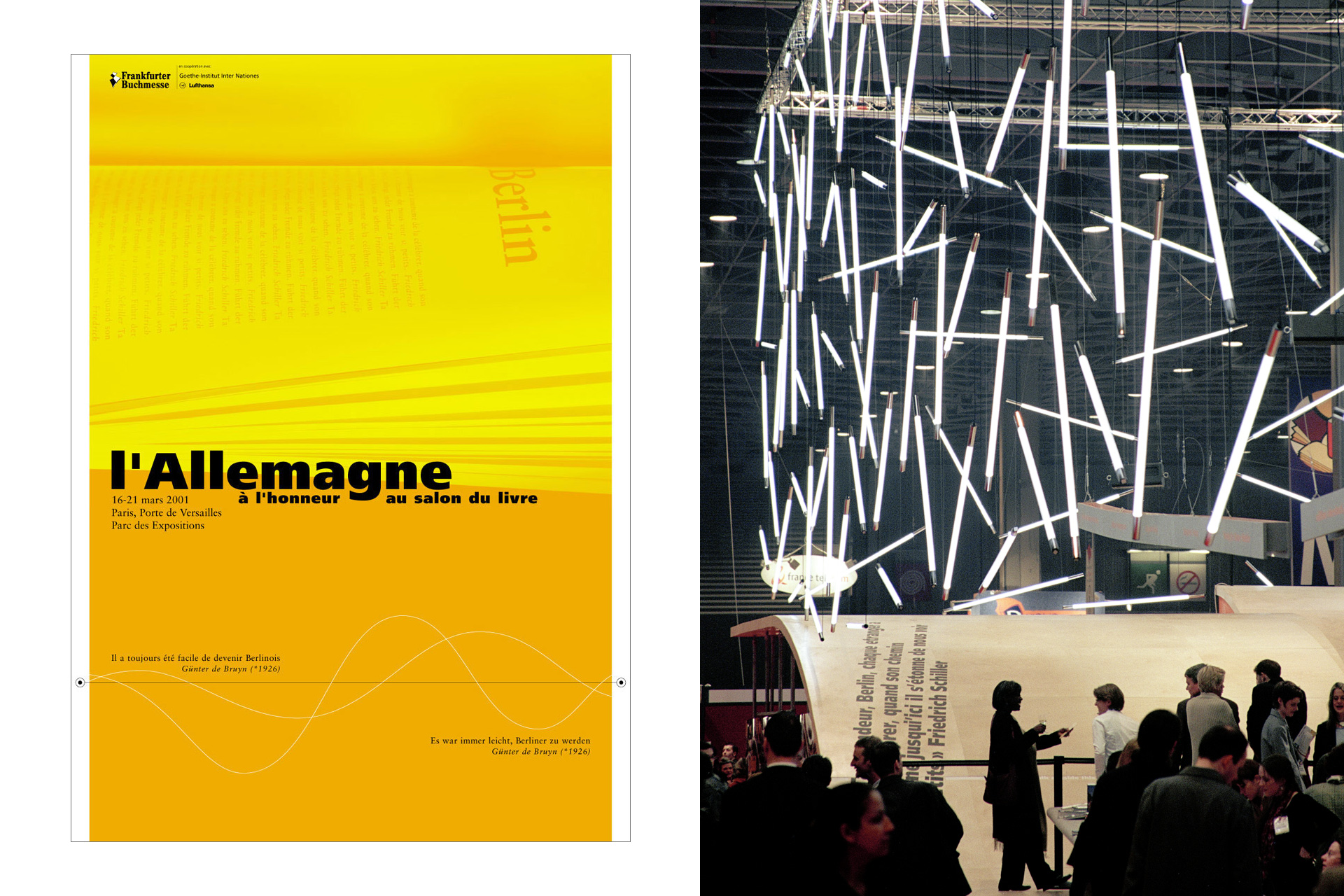 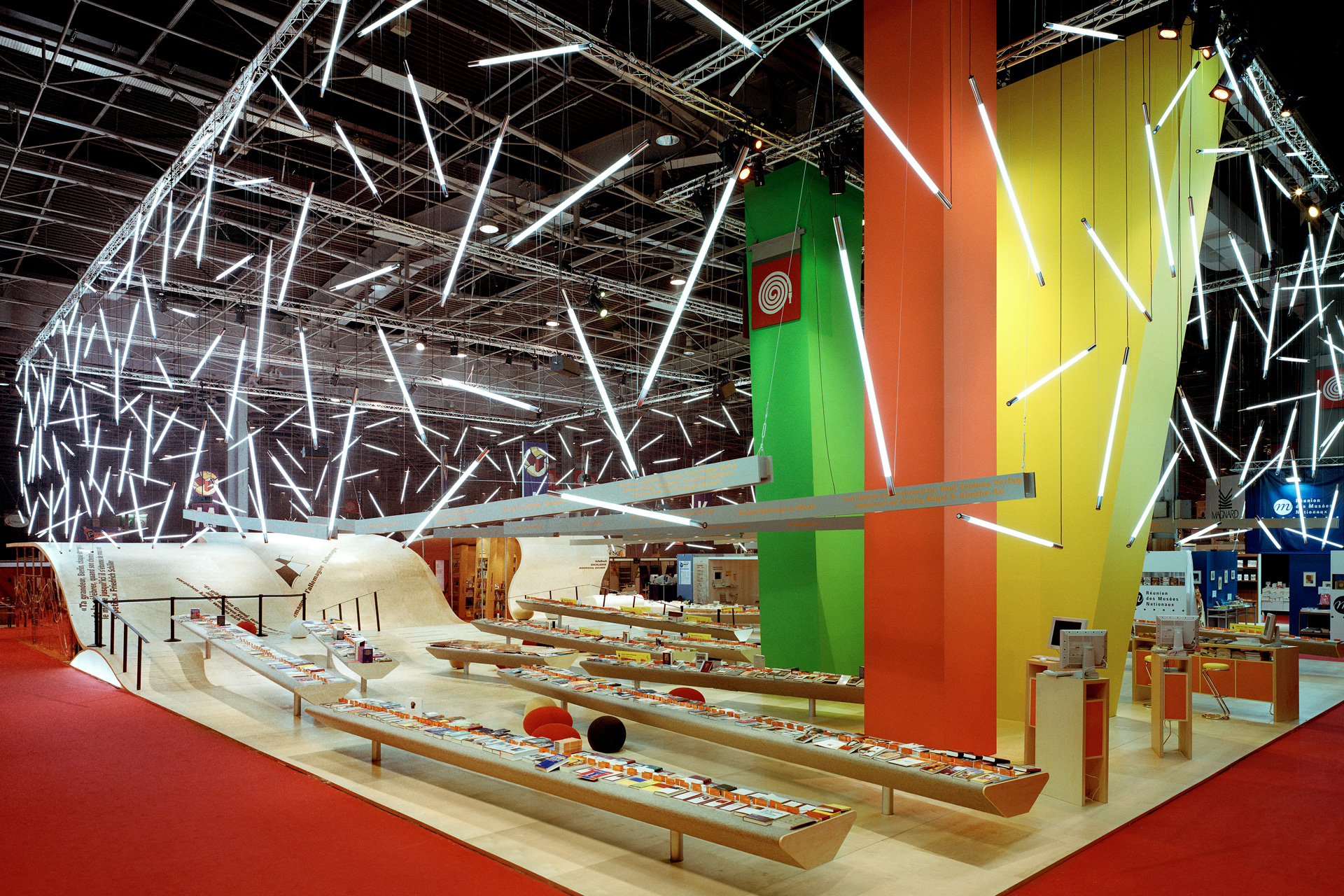 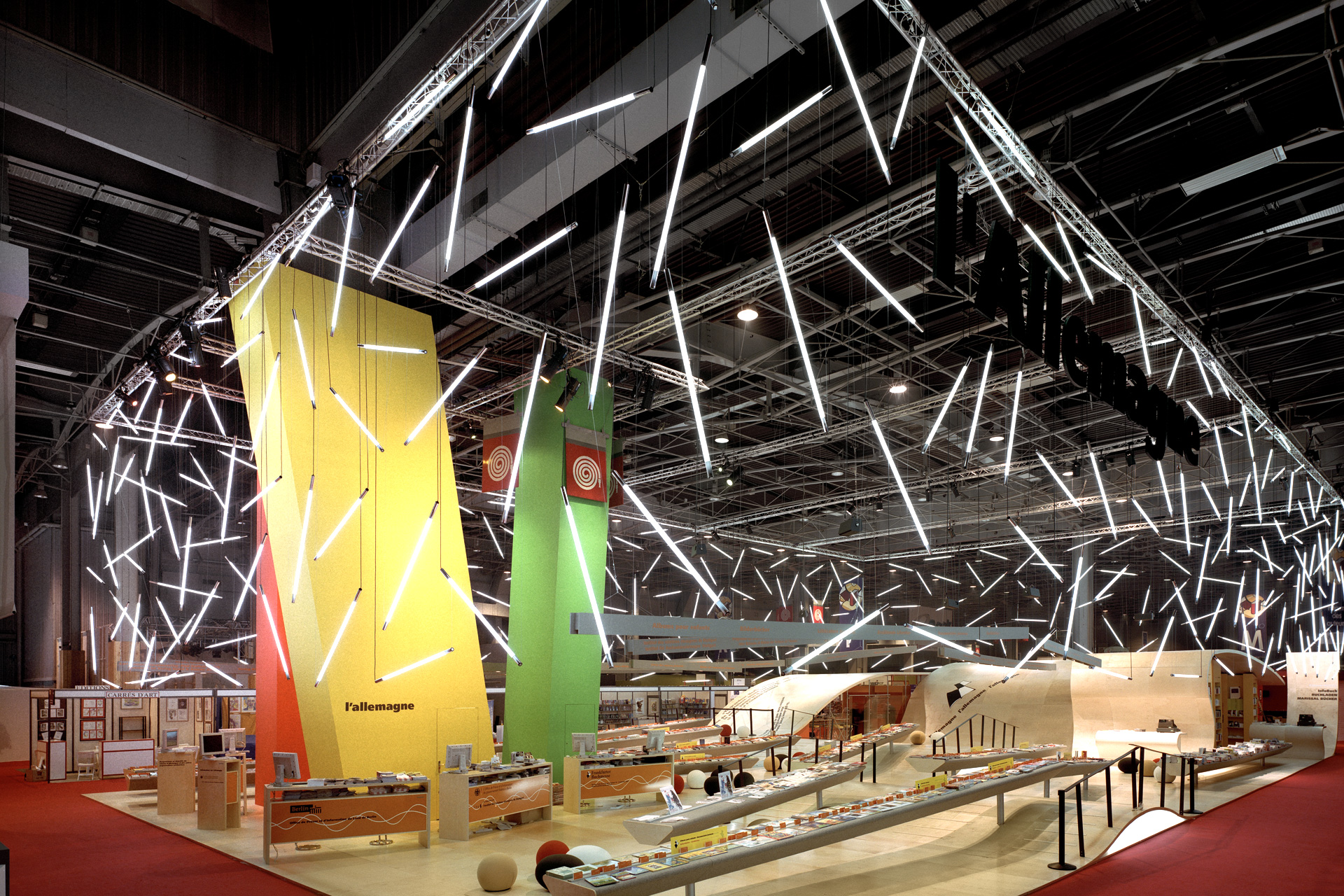 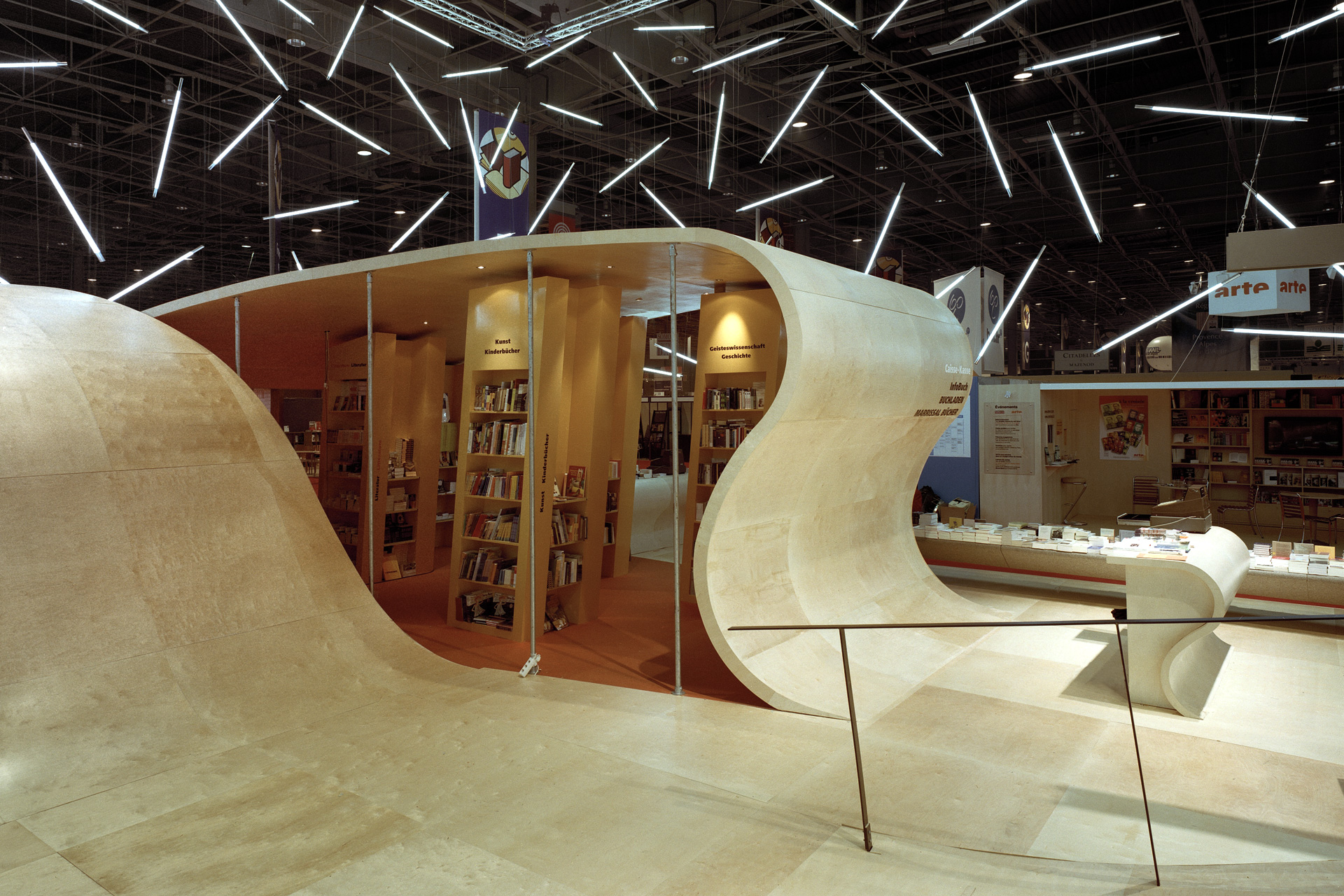 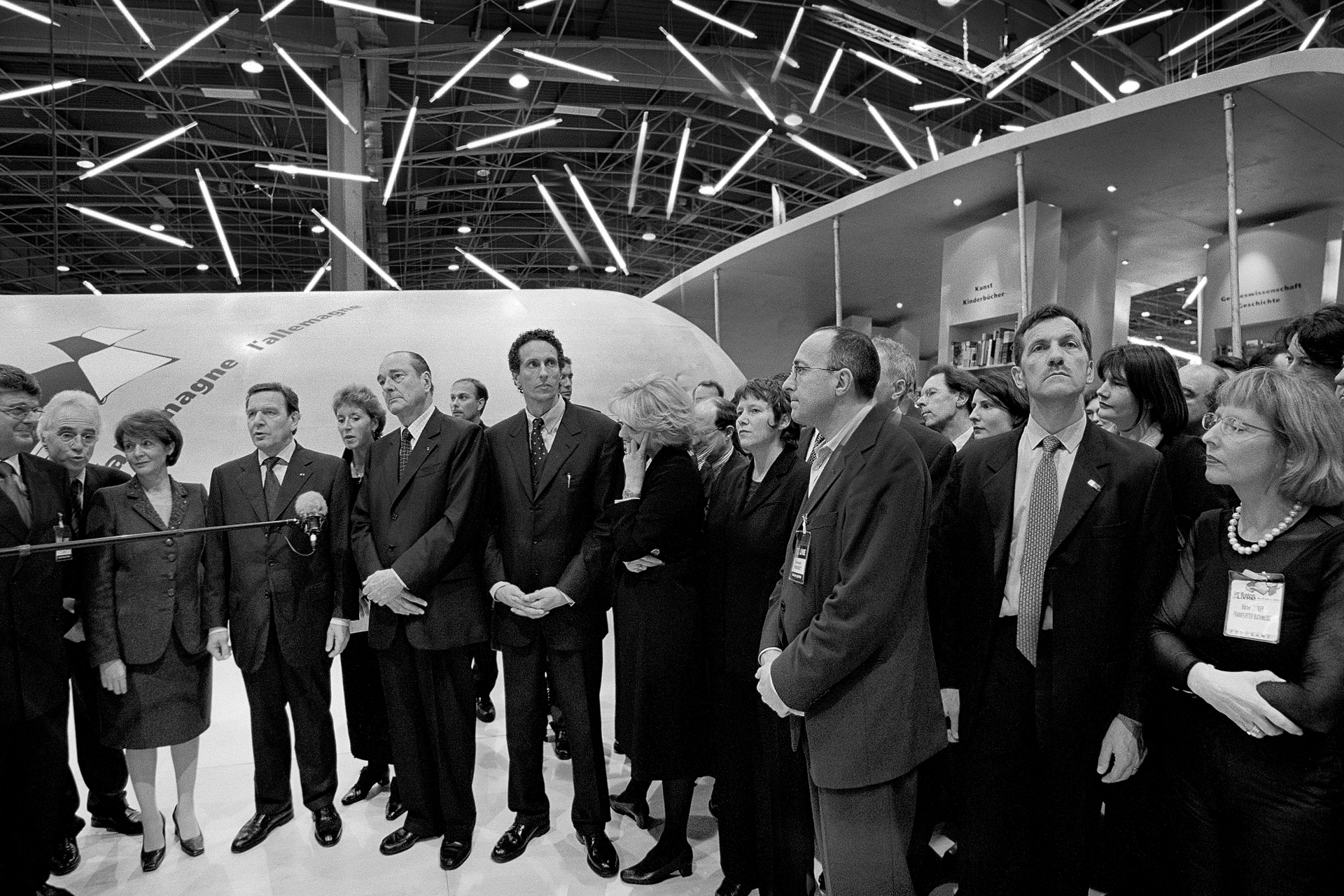