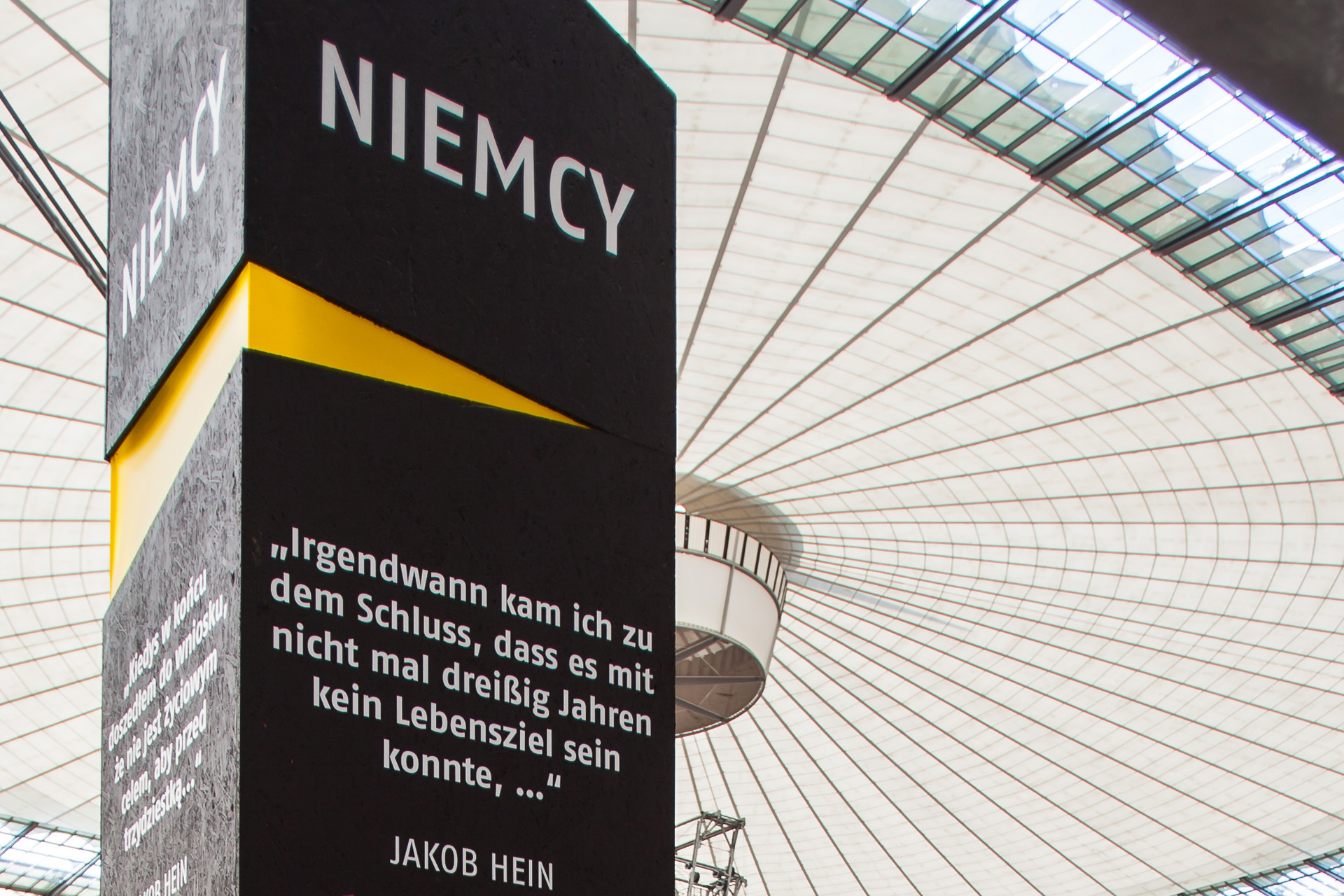 Germany was represented at the Warsaw National Stadium by more than 60 publishing houses and institutions, as well as by 15 German speaking authors, including Nobel Prize in Literature winner, Herta Müller.
The Federal President of Germany, Frank-Walter Steinmeier chaired the opening of the stand. The Scheßl/Weismüller design concept involved a variety of urban elements to create an experimental space with different functional and participatory areas that was very well received by the audience.

The visitors were invited to complete quotes of contemporary writers on postcards and stick them to the „Literatürme“ (literature towers). That way, the booth kept evolving and transforming from day to day through this interactive concept and portrayed a personalized peek into the exhibited literature.
Refer also to: Complete the Quotes – Interaction Book Fairs

Numerous cultural and political events took place at the booth’s center stage. The events, organized by the Goethe Institute Warsaw, represented the vital heart of the stand appeal. 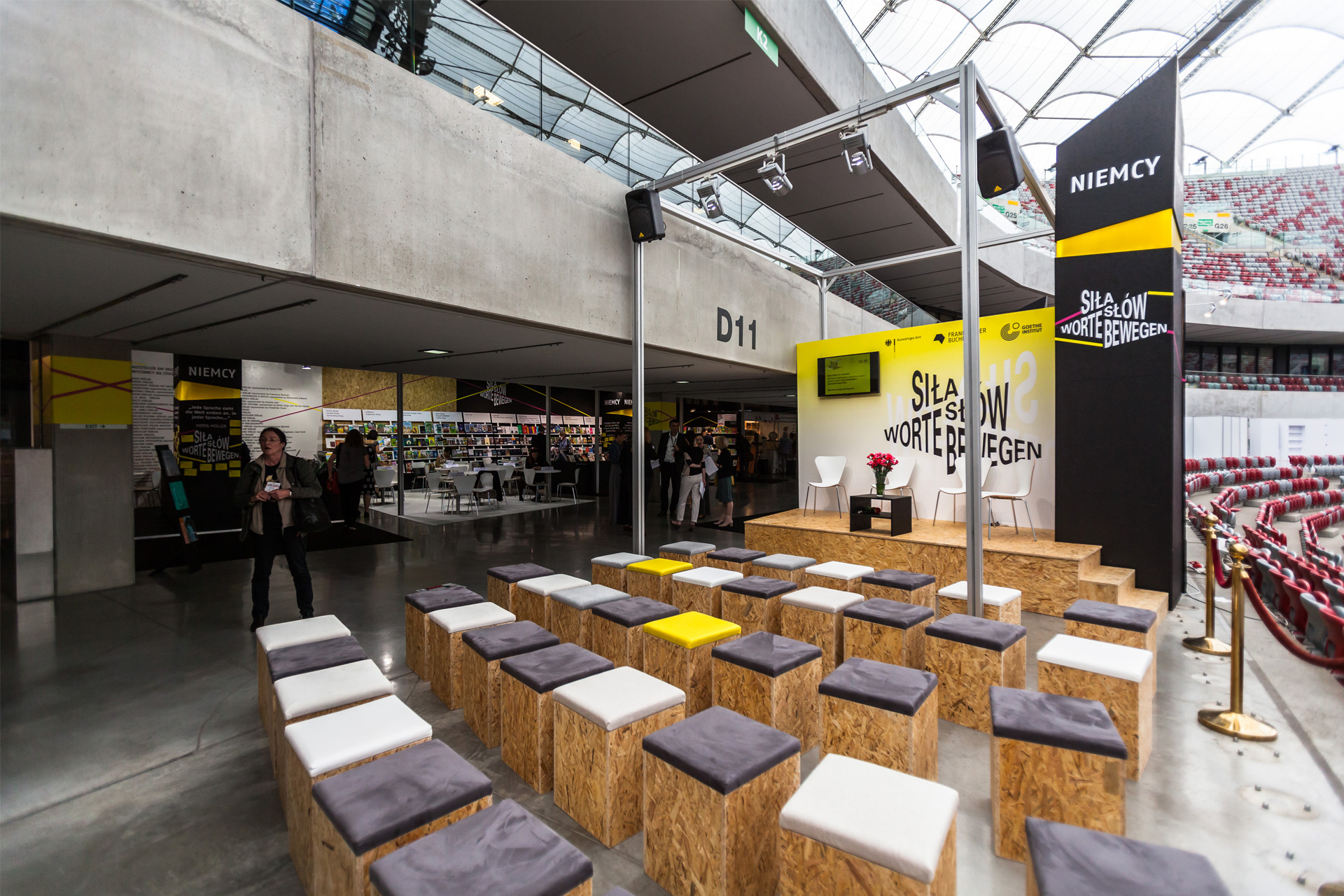 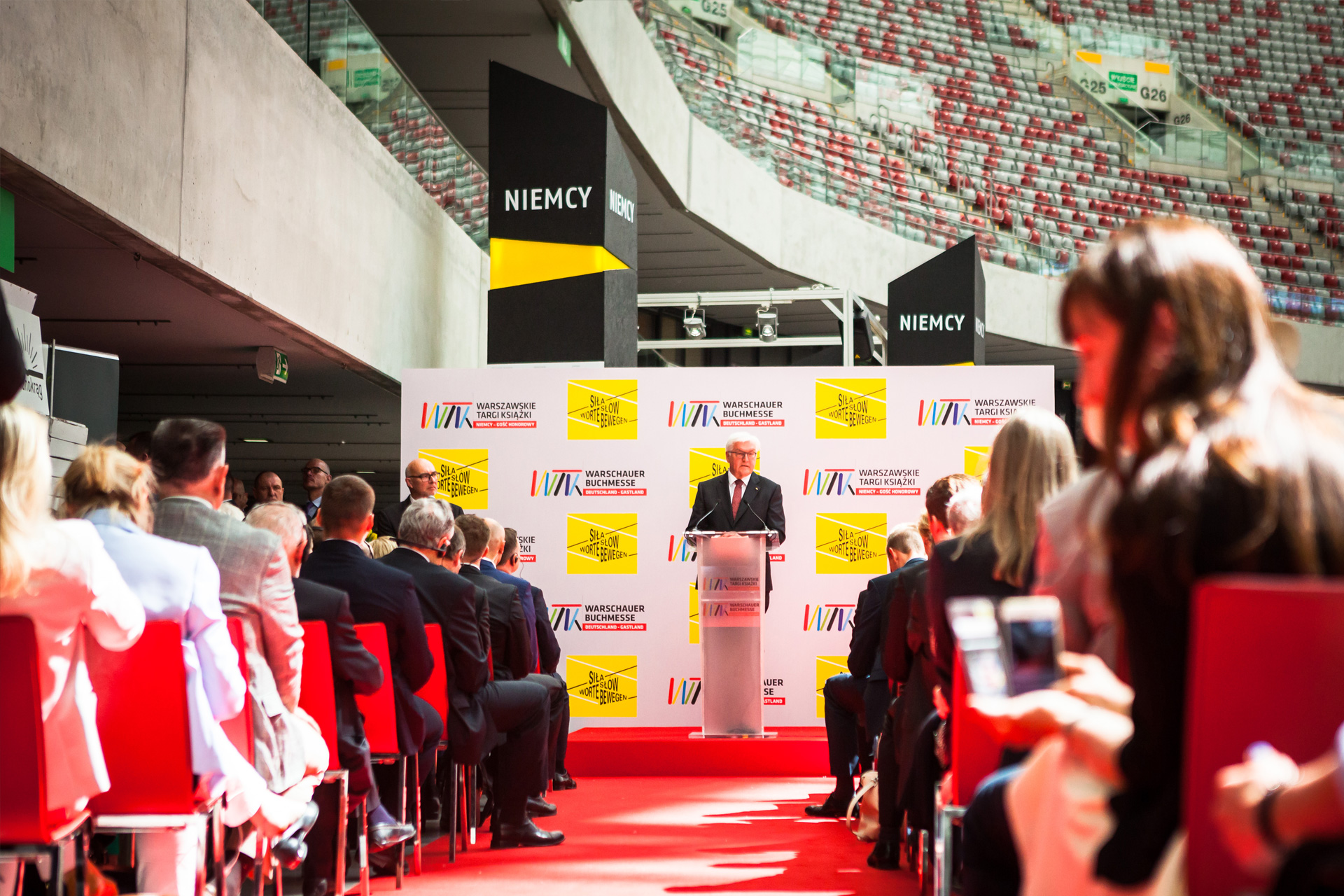 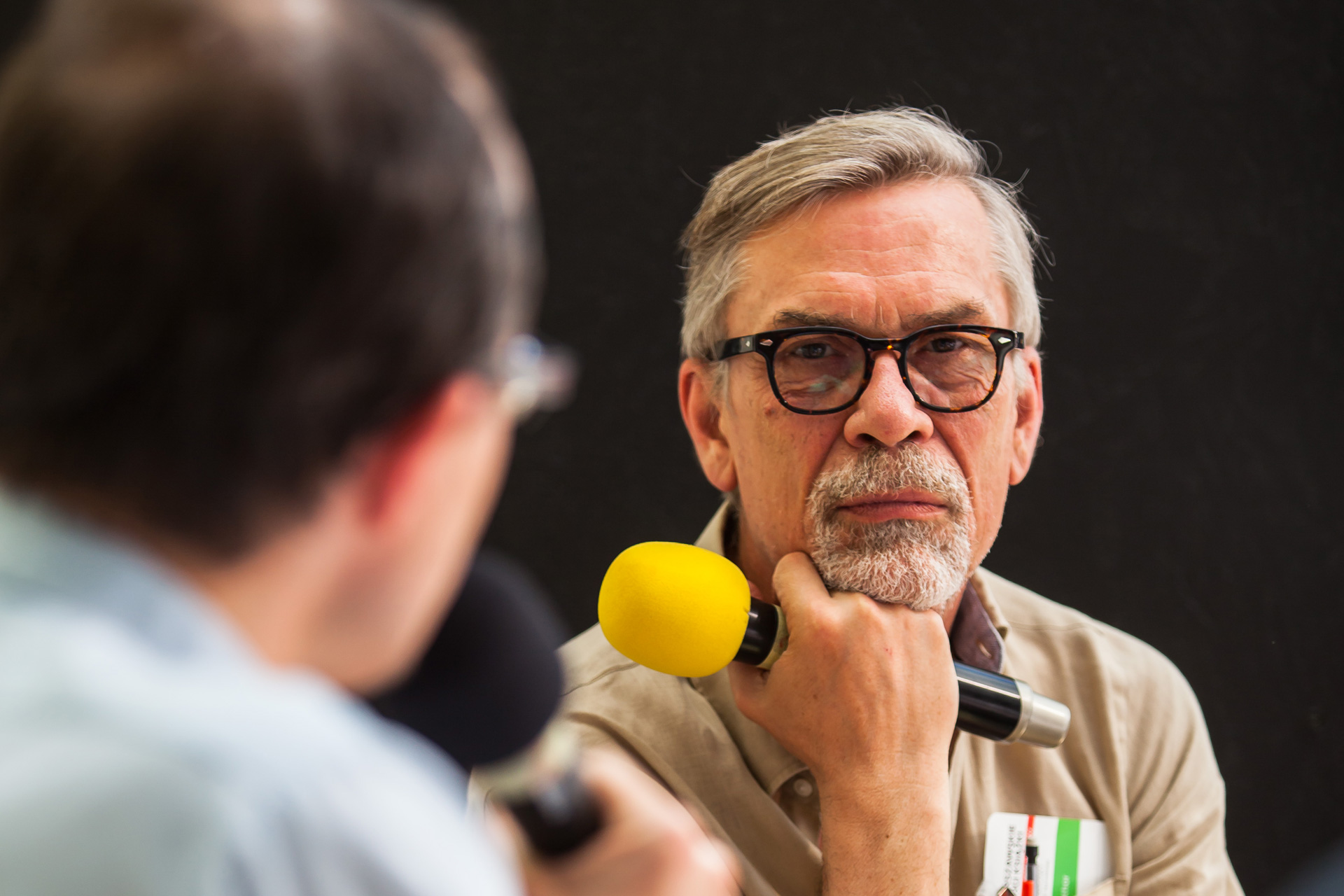 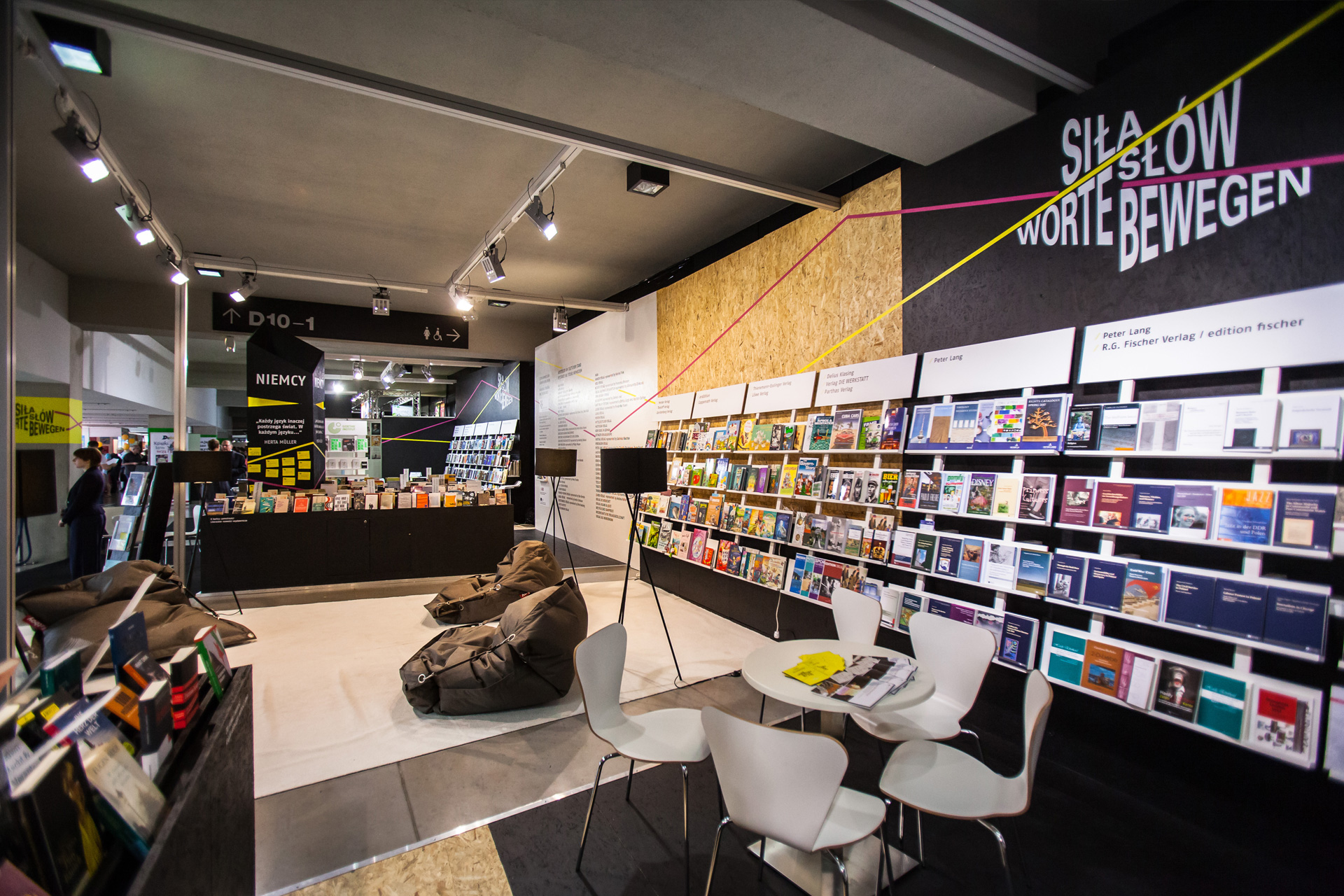 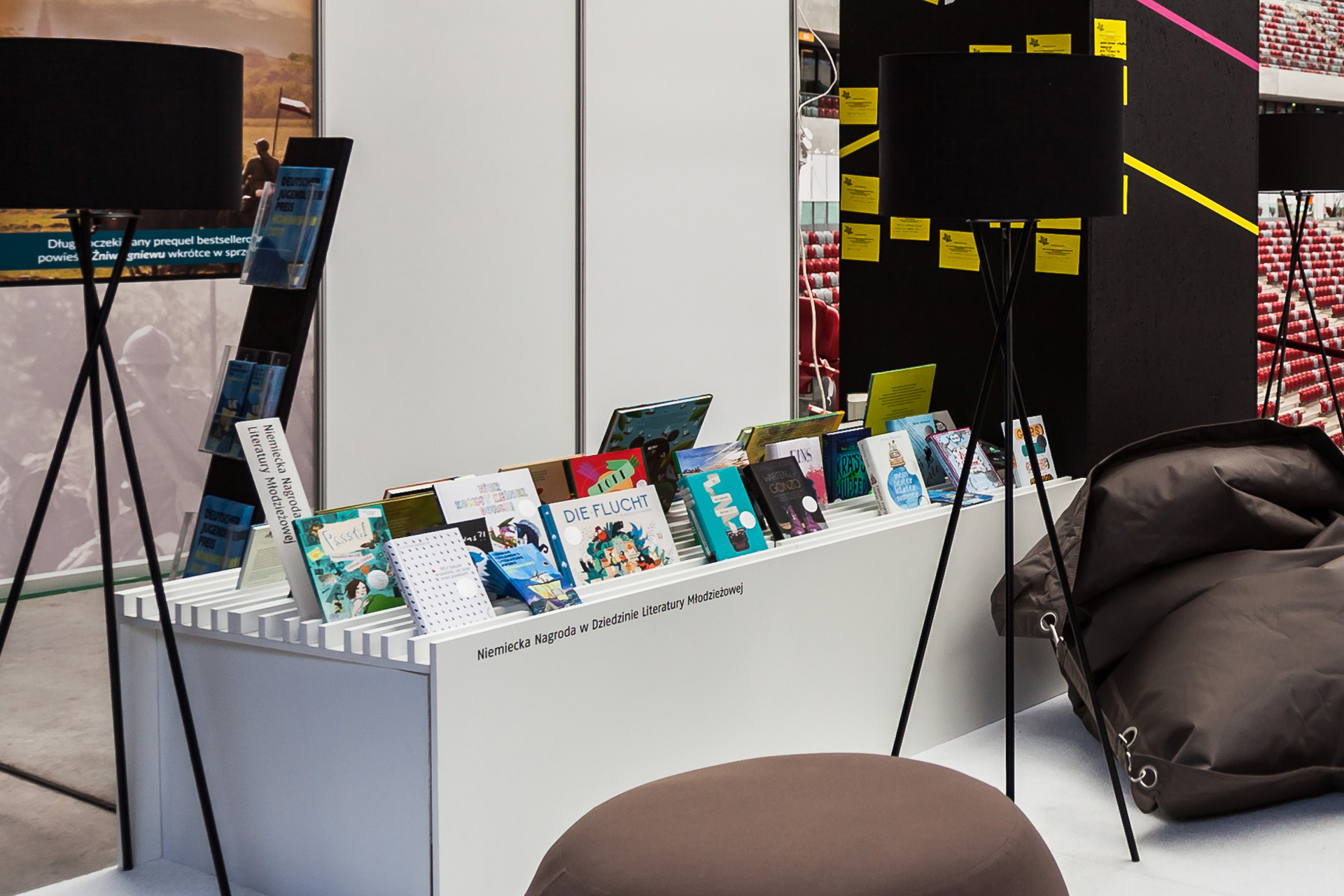 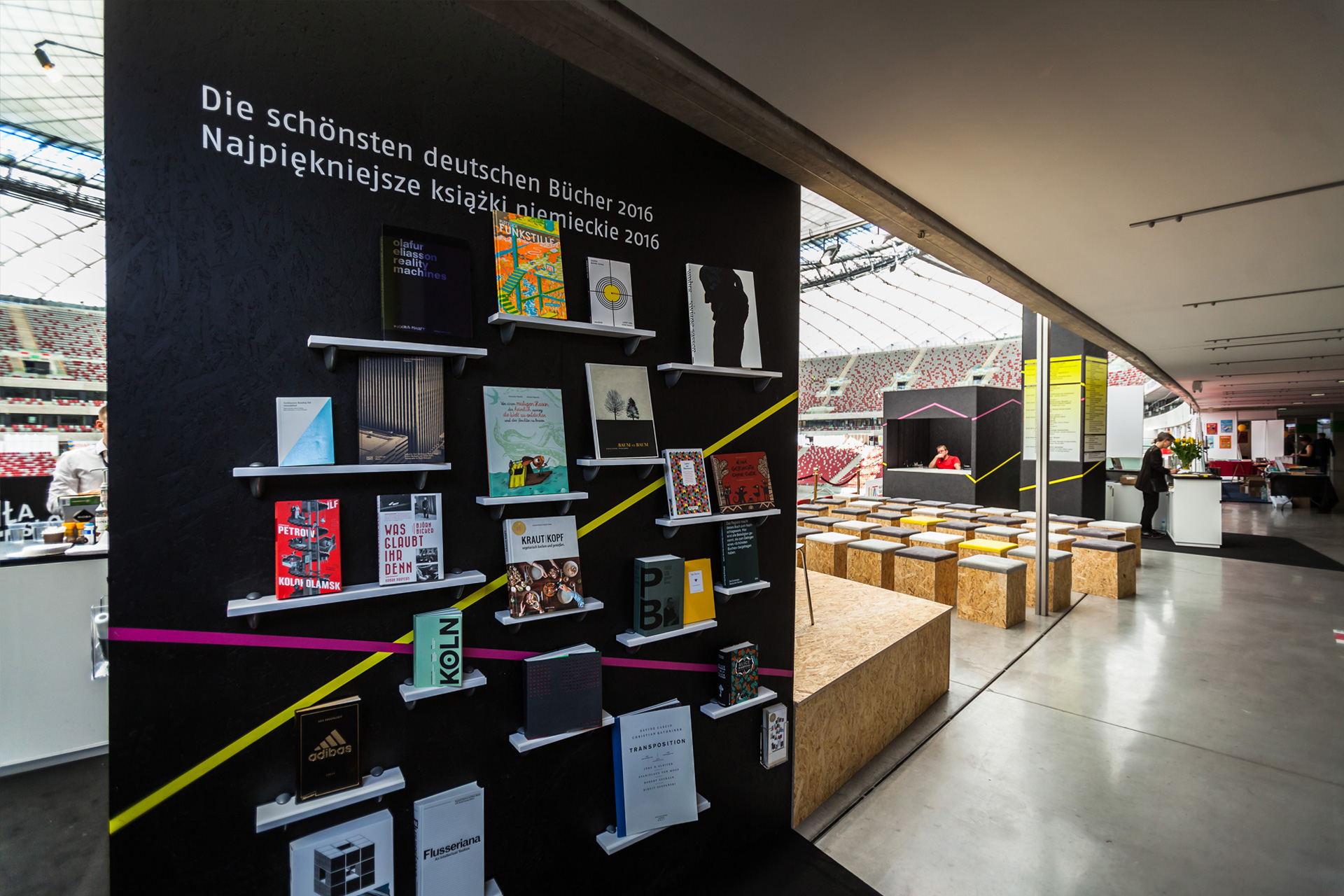 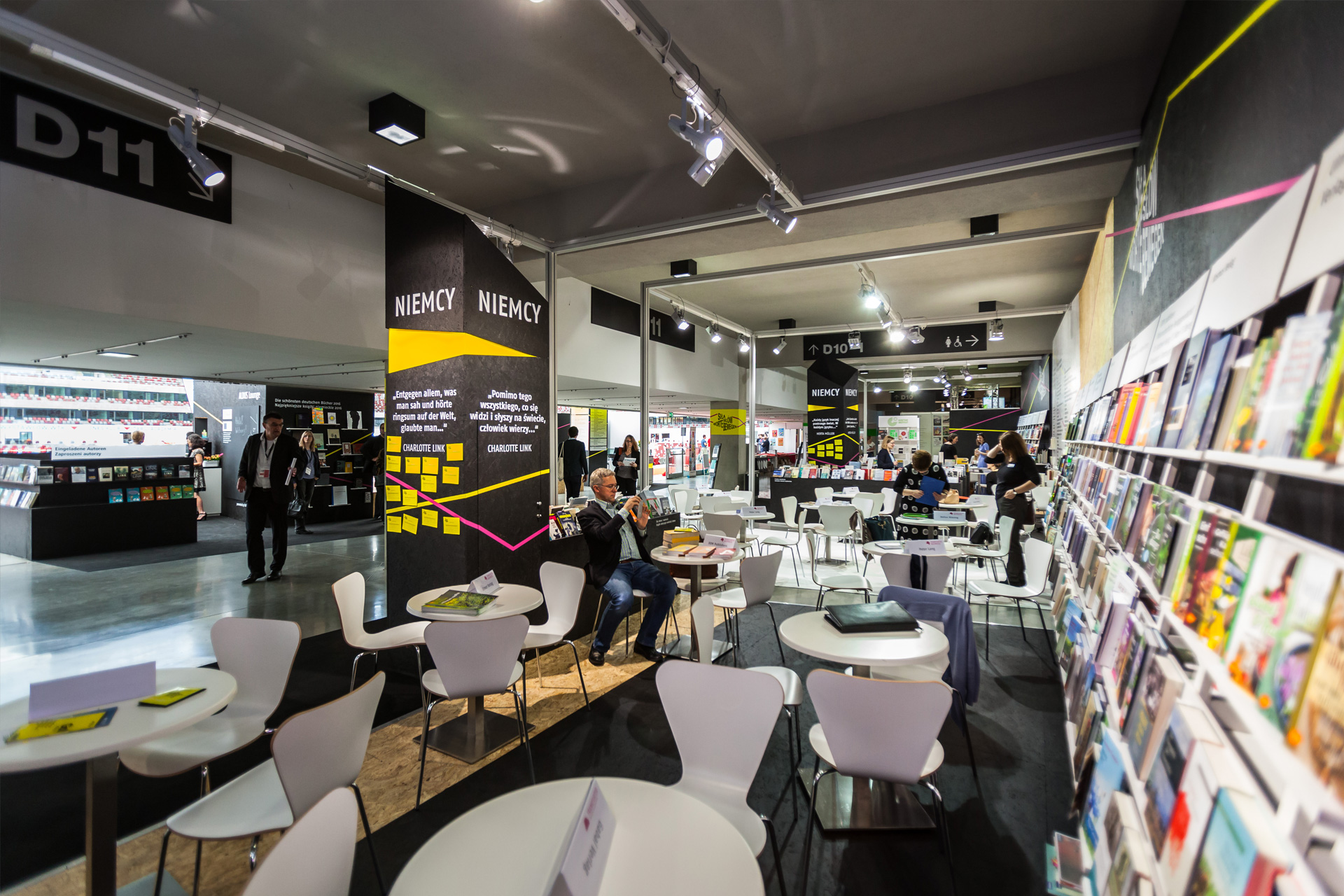 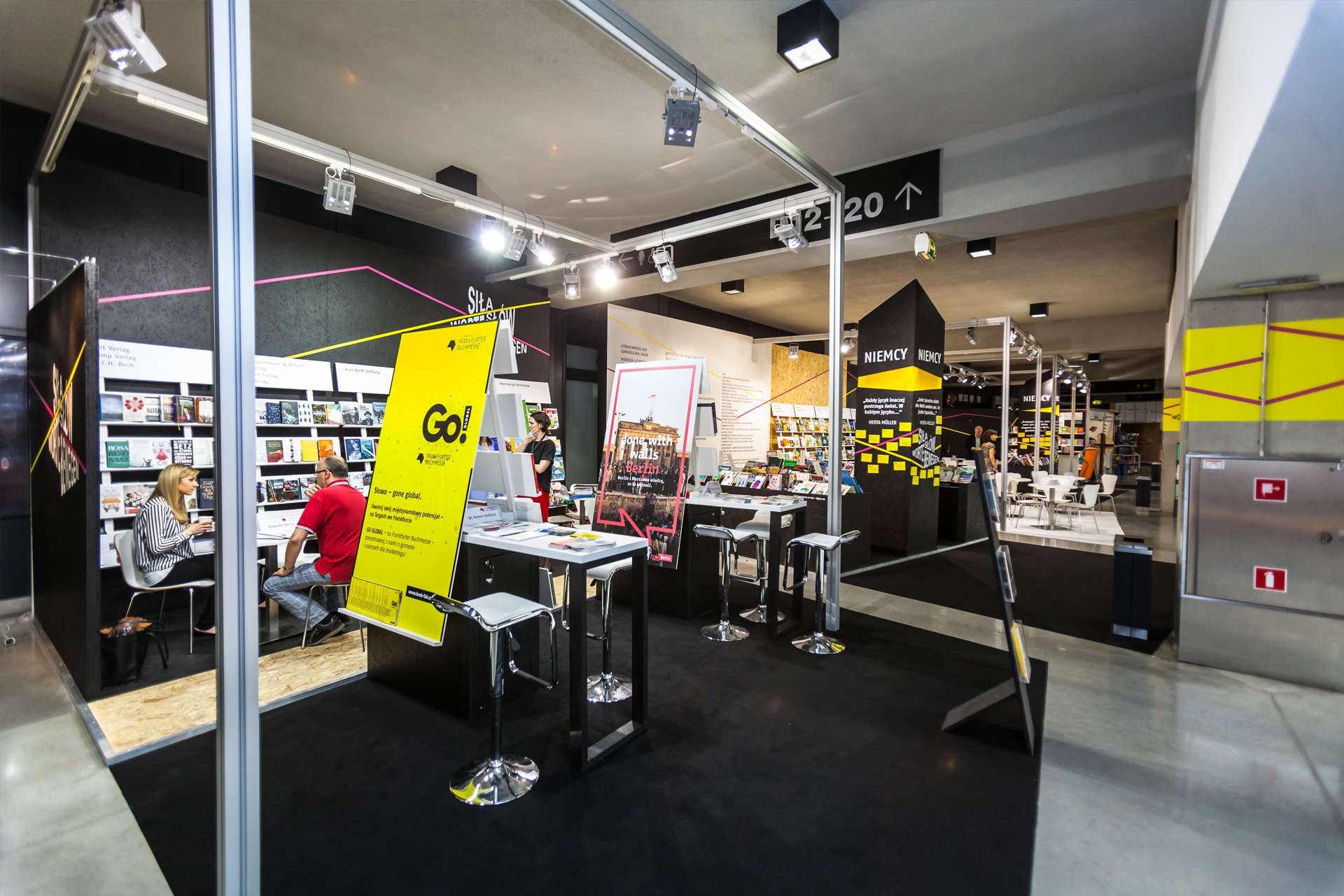 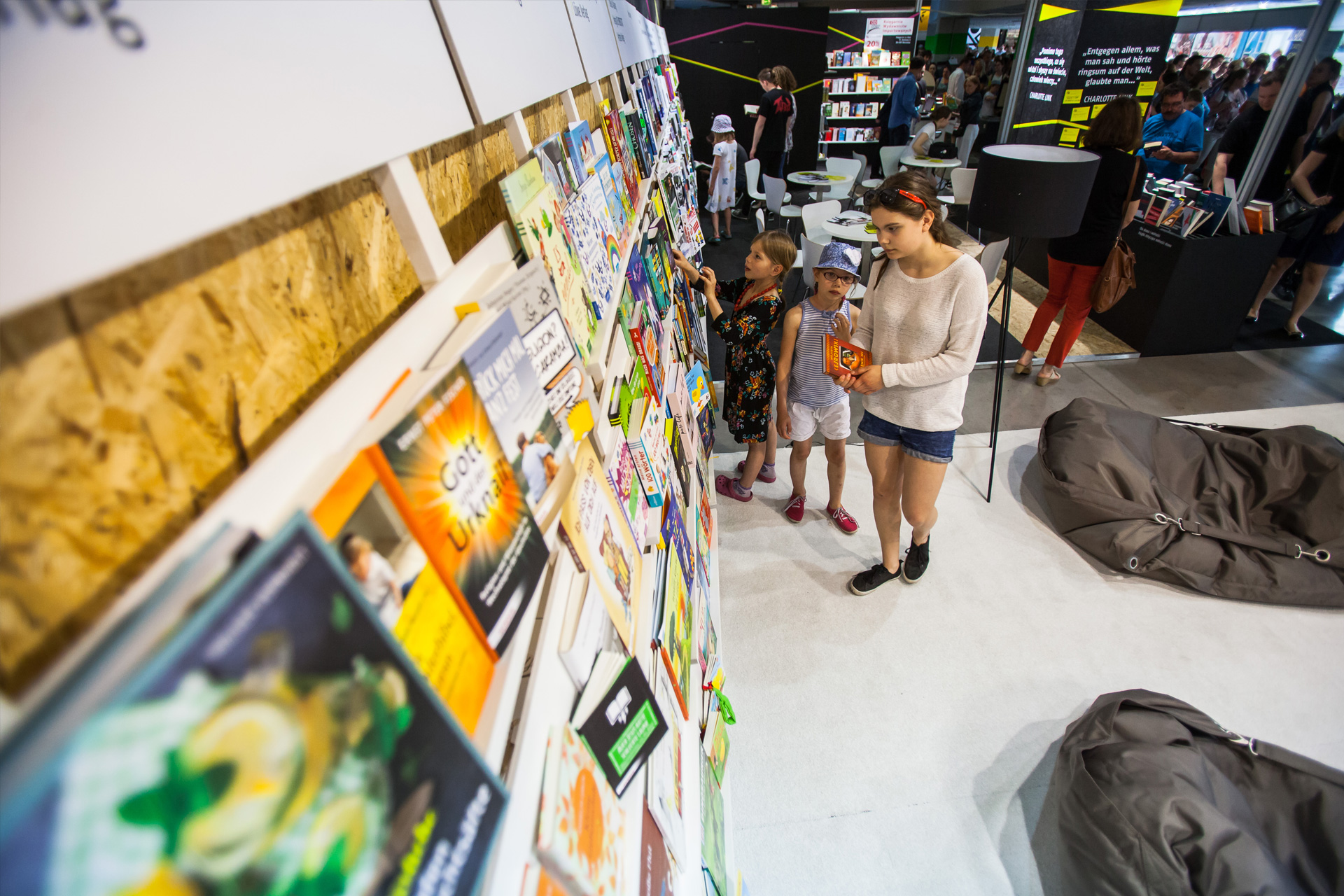 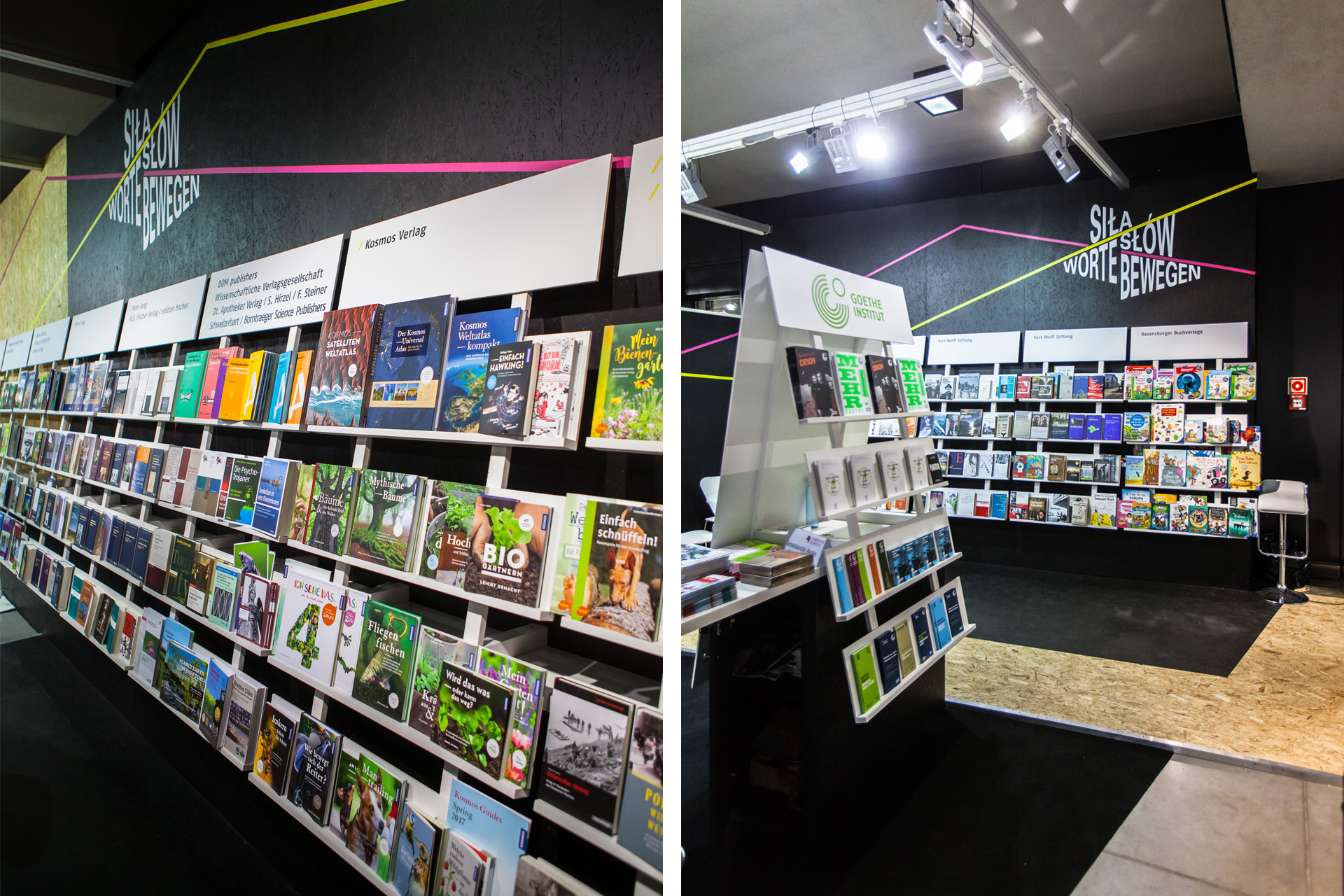 The stand hosted more than 60 publishing houses featuring their books on book shelves. Their representatives were able to invite their customers to a dedicated working space at the pavilion, thus meeting the required business aspect. In addition, appealing book tables animated the visitors to browse through an eclectic mix of the newest books from Germany. 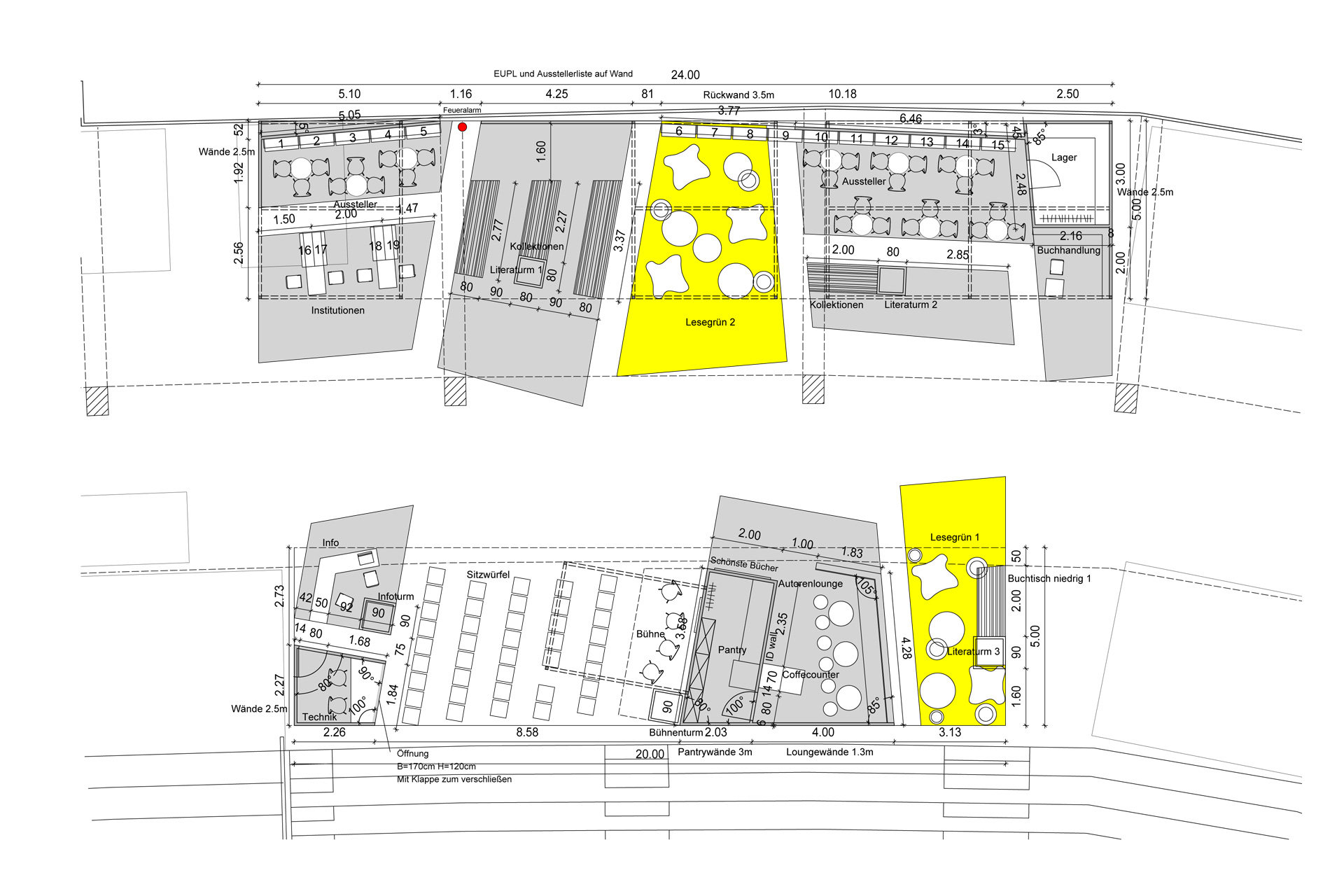 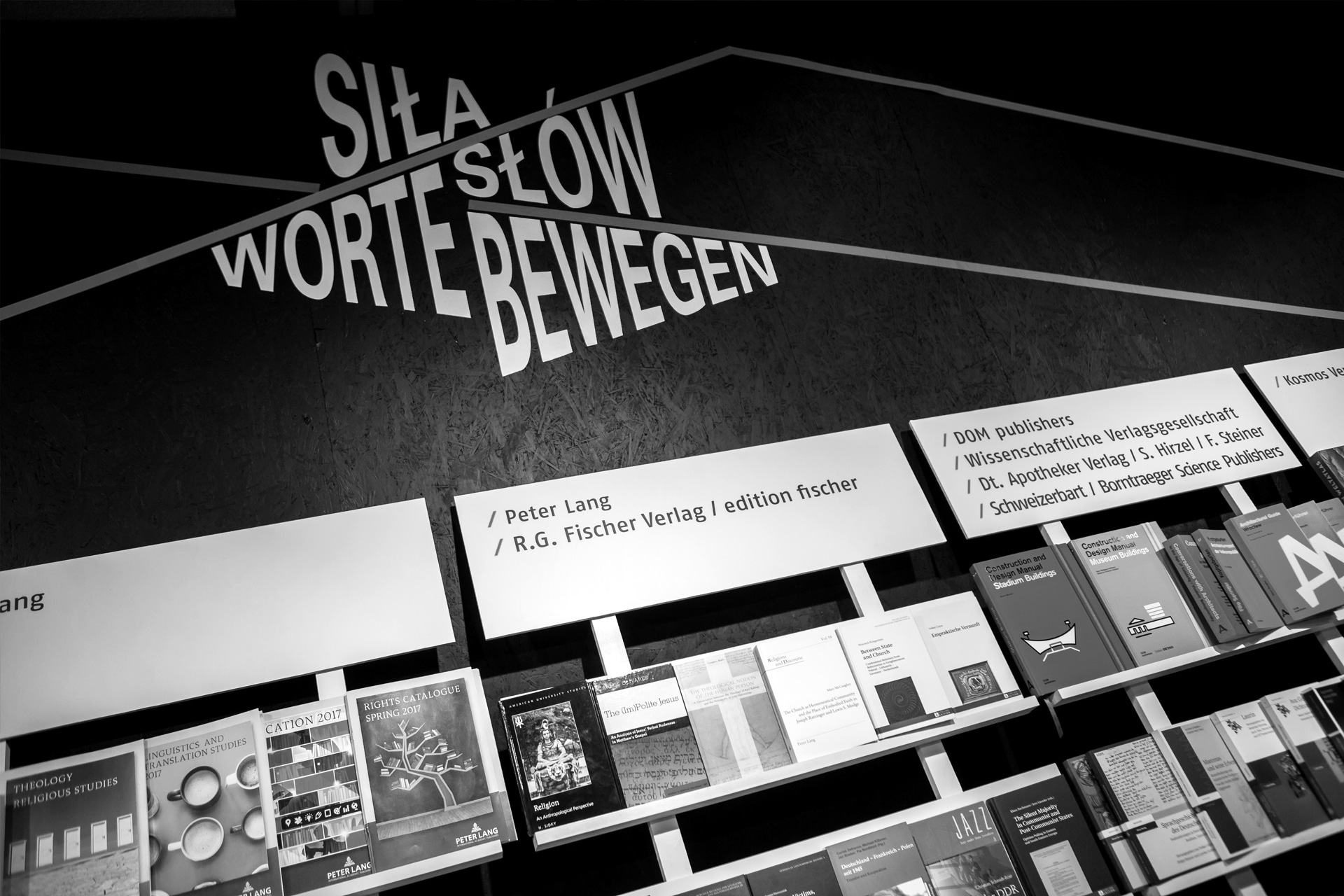 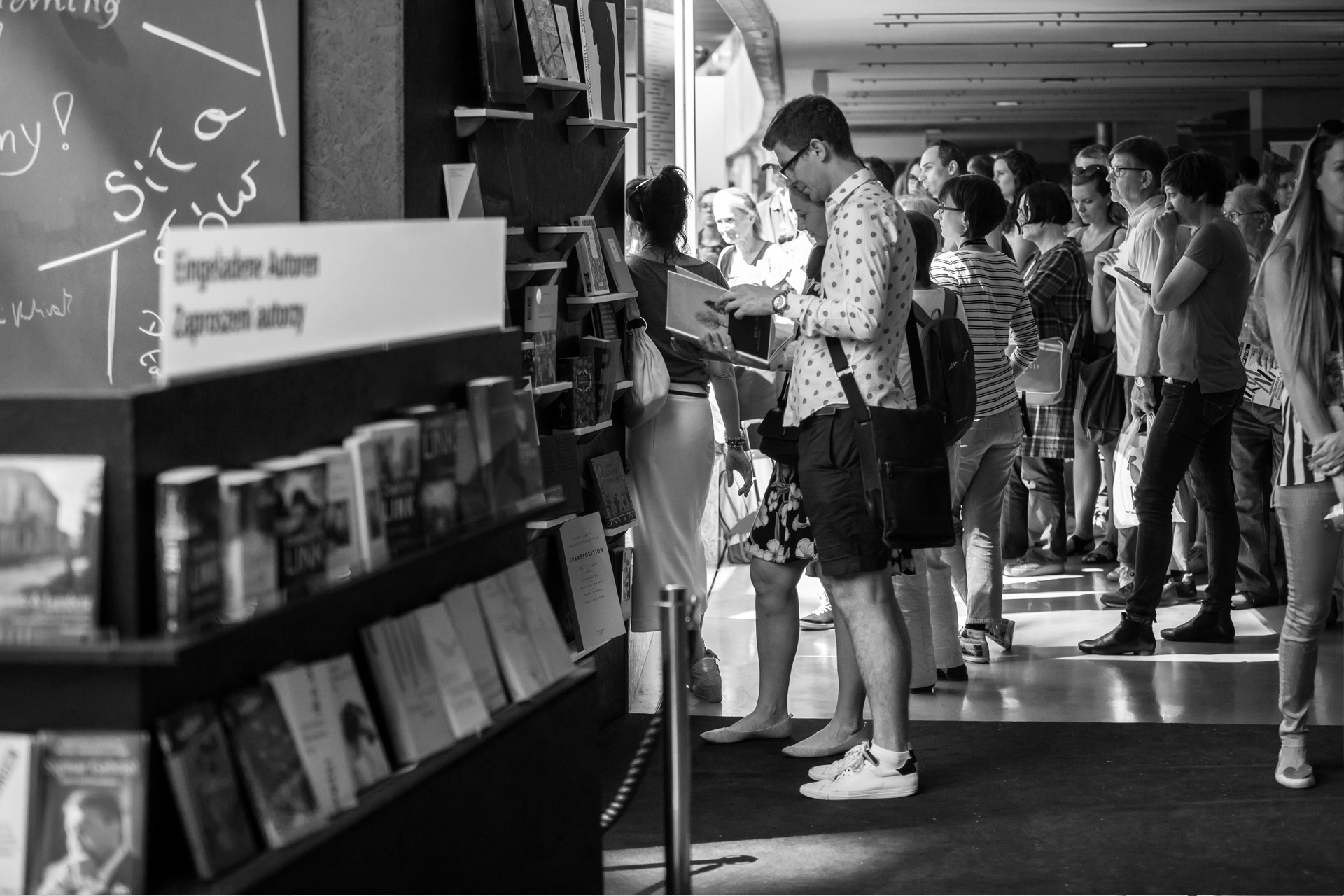 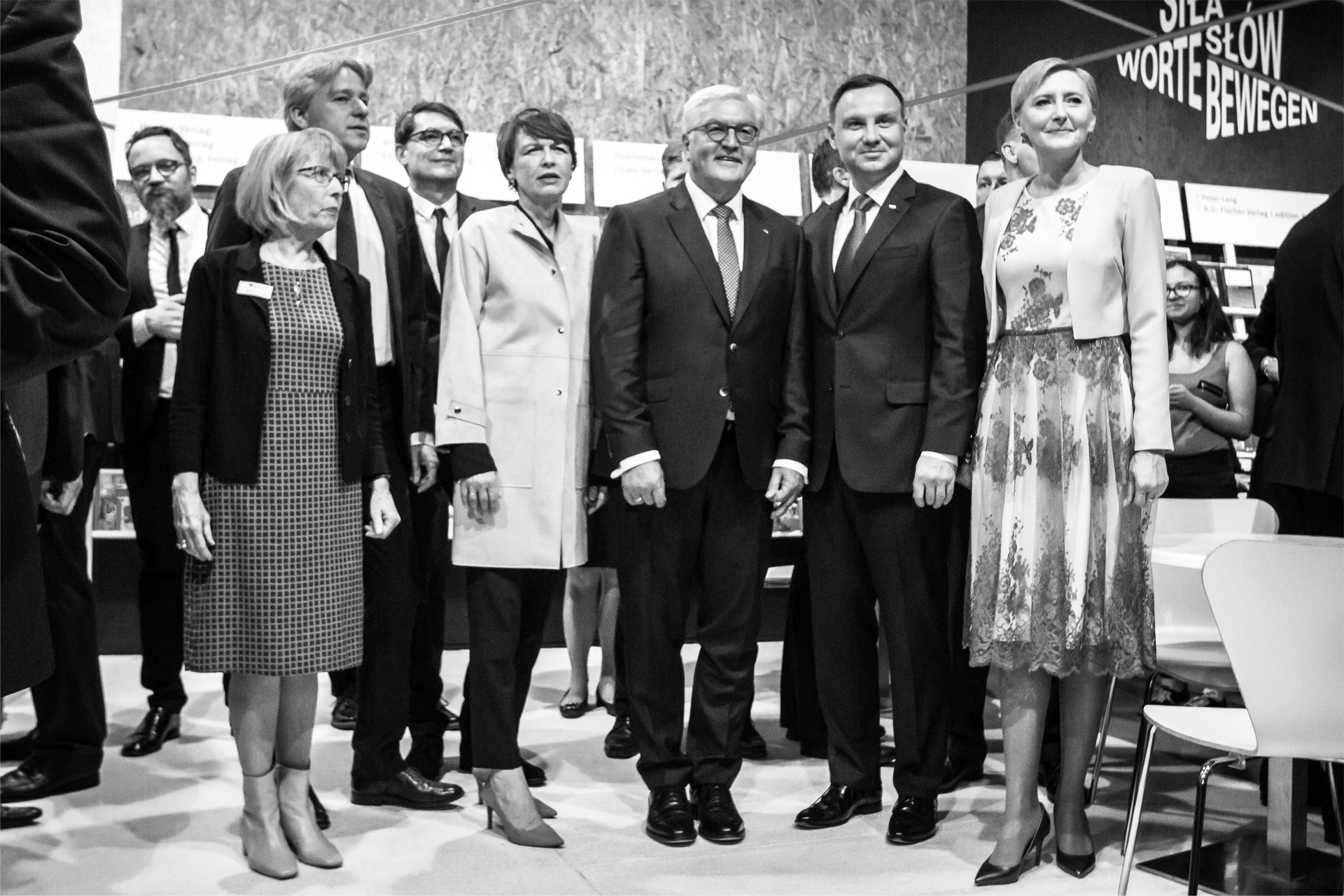