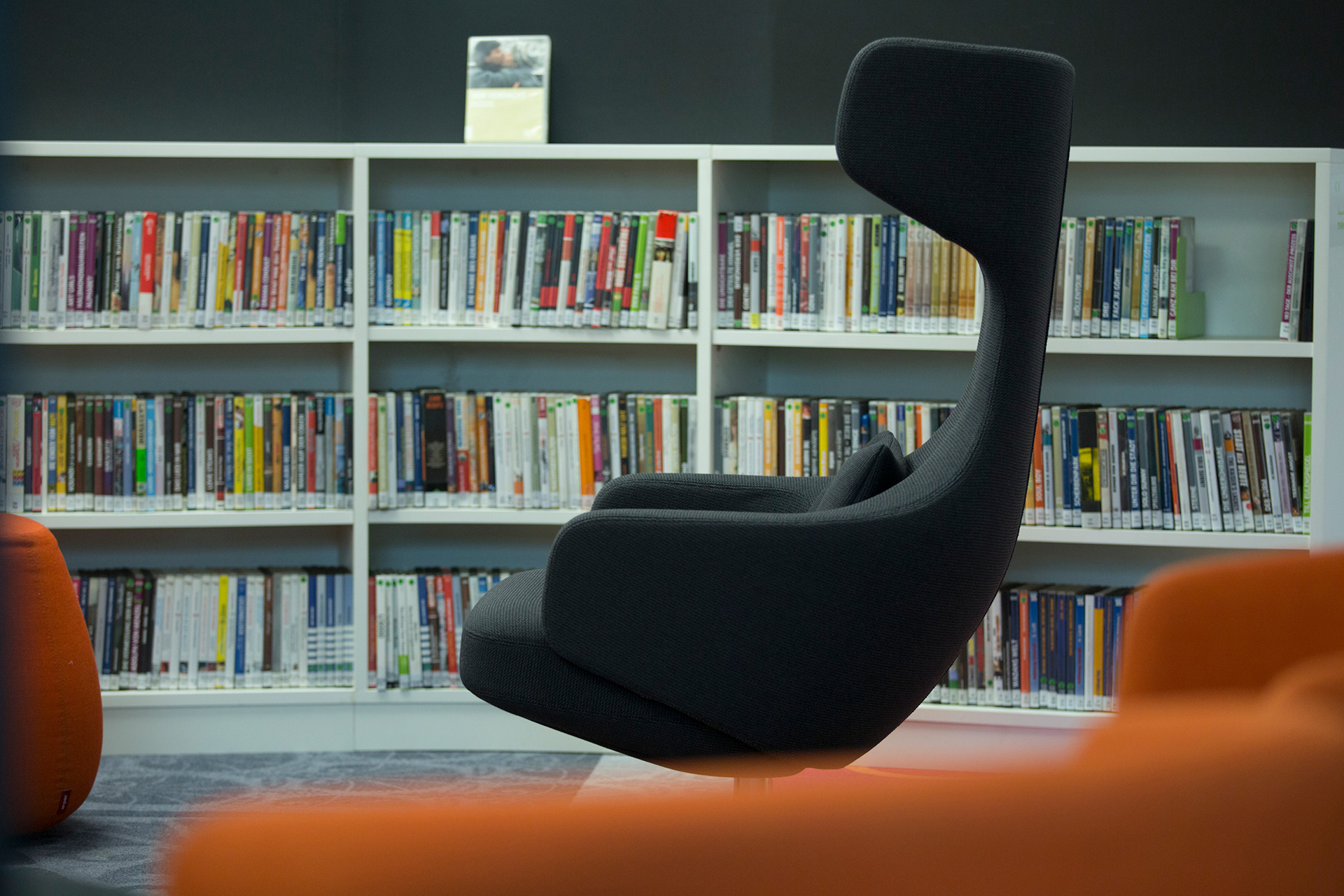 The Goethe-Institute in Cairo celebrated the opening of a new building in the Doqqi district in 2016. The new home of the institute was now able to house all departments previously scattered over various locations, under one roof. Scheßl/Weismüller created the interior design concept for this project. The heart of the new institute is the library. As a „Smart Oasis“, it offers its users space to read and meet, learn and relax. Read details at: Deutschlandradio Kultur 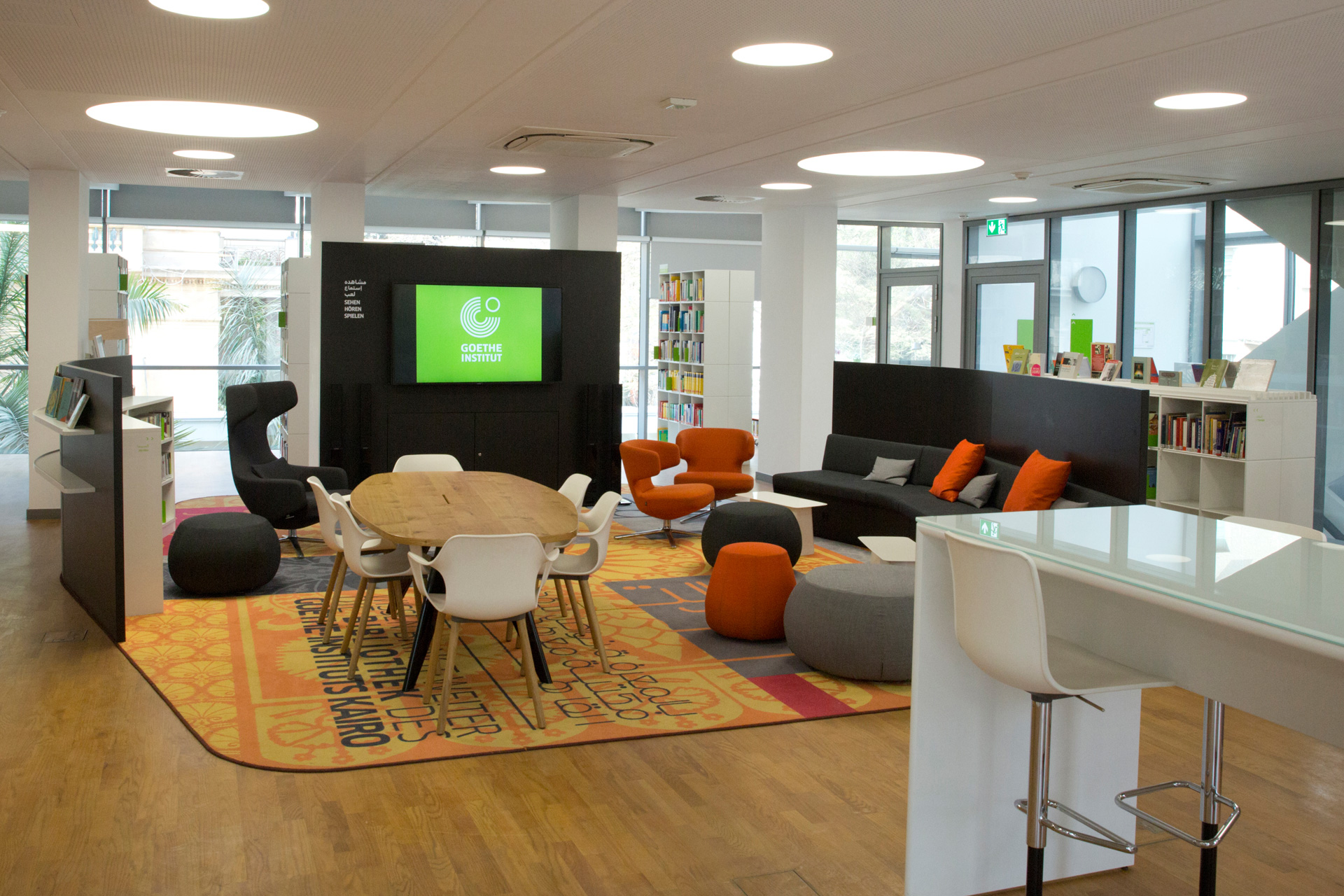 This is where Germany begins 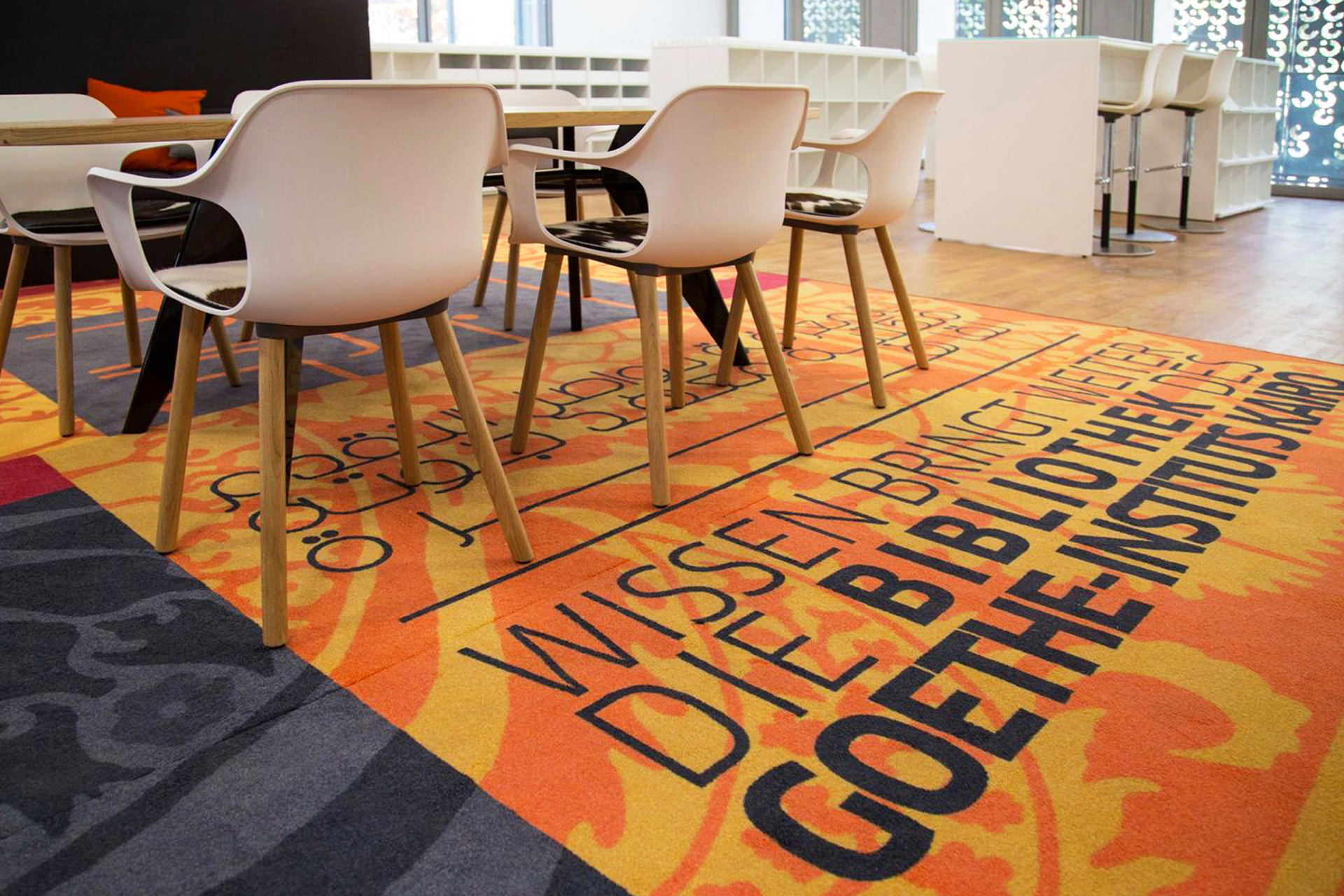 This is where Germany begins

The library of the Goethe-Institute in Cairo is a place to get to know Germany, a place of encounter with German language and culture. It features and provides a selection of media in German as well as translated versions, i.e., books, magazines, movies, music, apps and games, that typically inform about current topics and trends. Moreover, the library is a friendly meeting place hosting numerous events of different formats.

The Smart Oasis conveys an immediate welcoming perception, and embraces community, and the widely known Arabian hospitality. With books, magazines, audiobooks and films abound, it also quenches the thirst for knowledge and interest in the German culture. Also, being a „Smart Oasis“, visitors have access to a variety of new media. The Sonic Chair, for example, opens up sound worlds and the large screen invites to gaming tournaments. The opening hours can be significantly extended by means of an RFID-based loan. 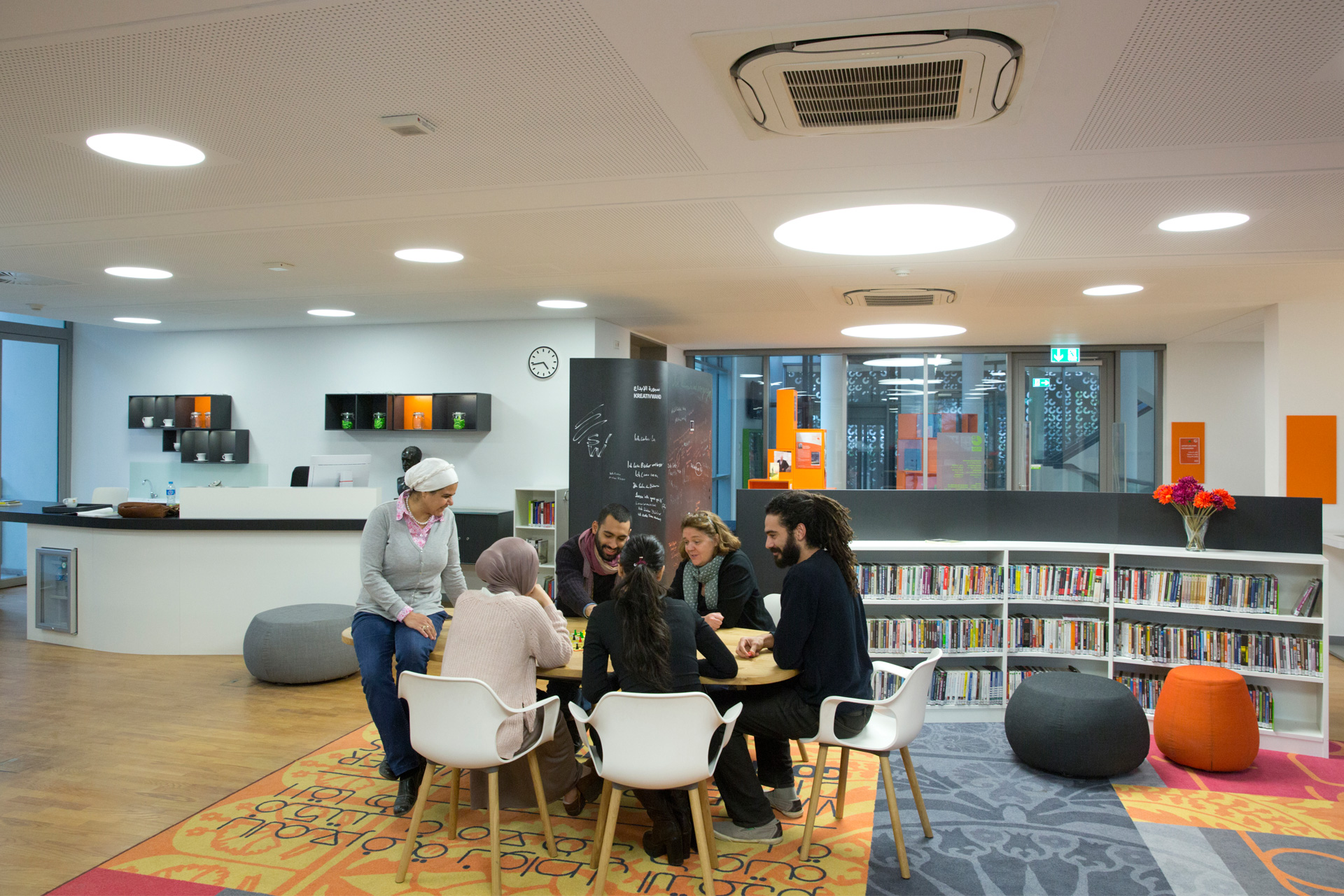 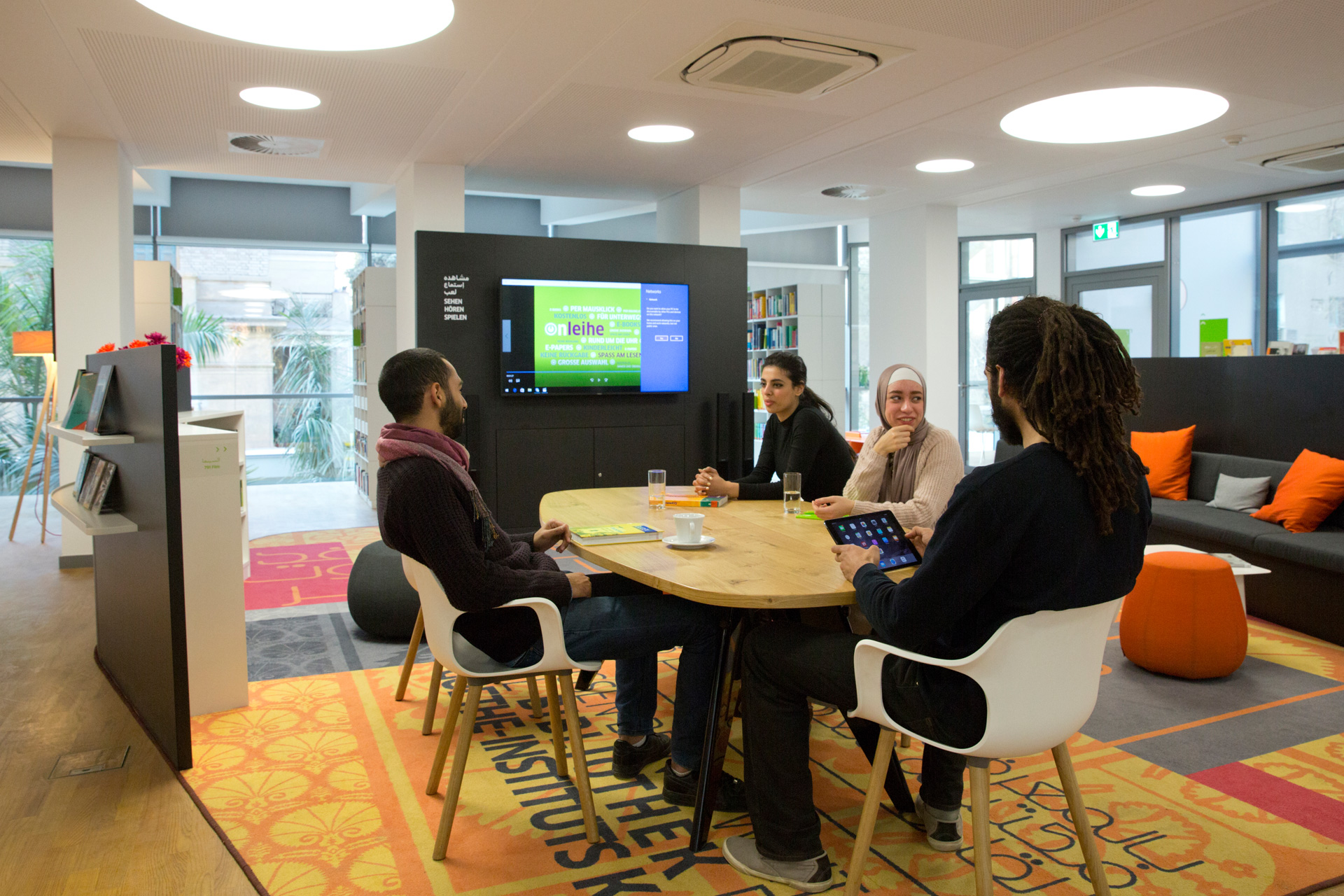 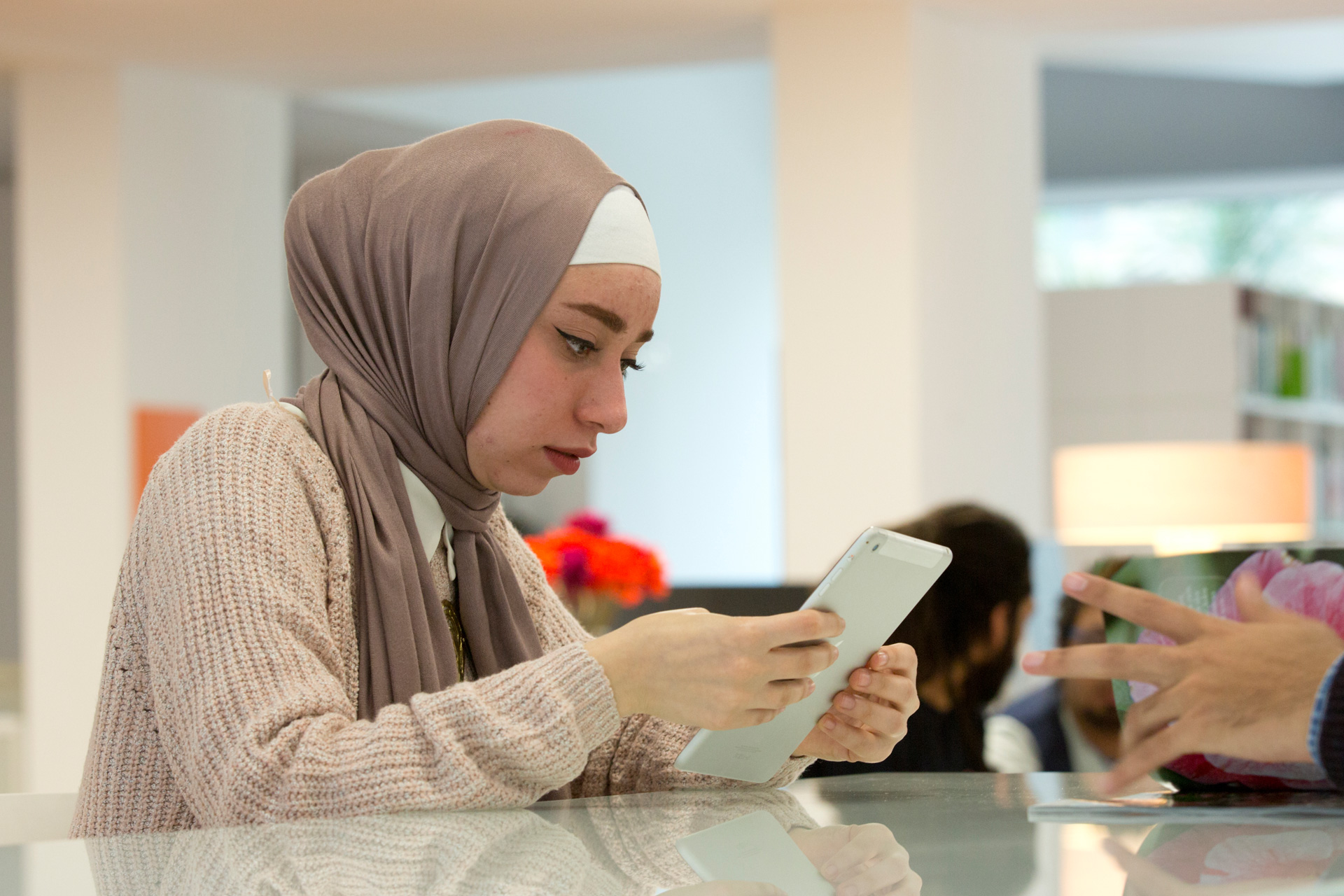 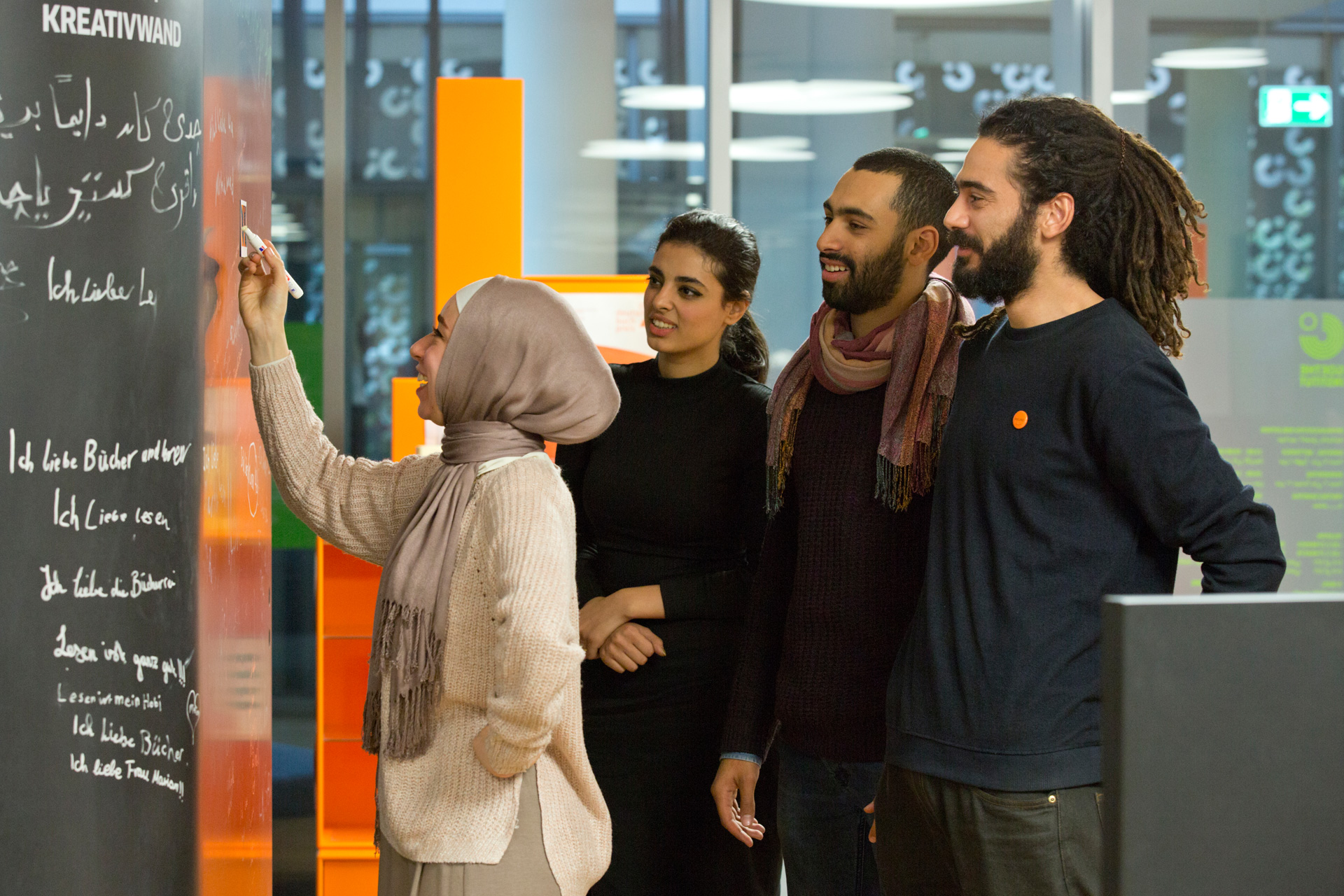 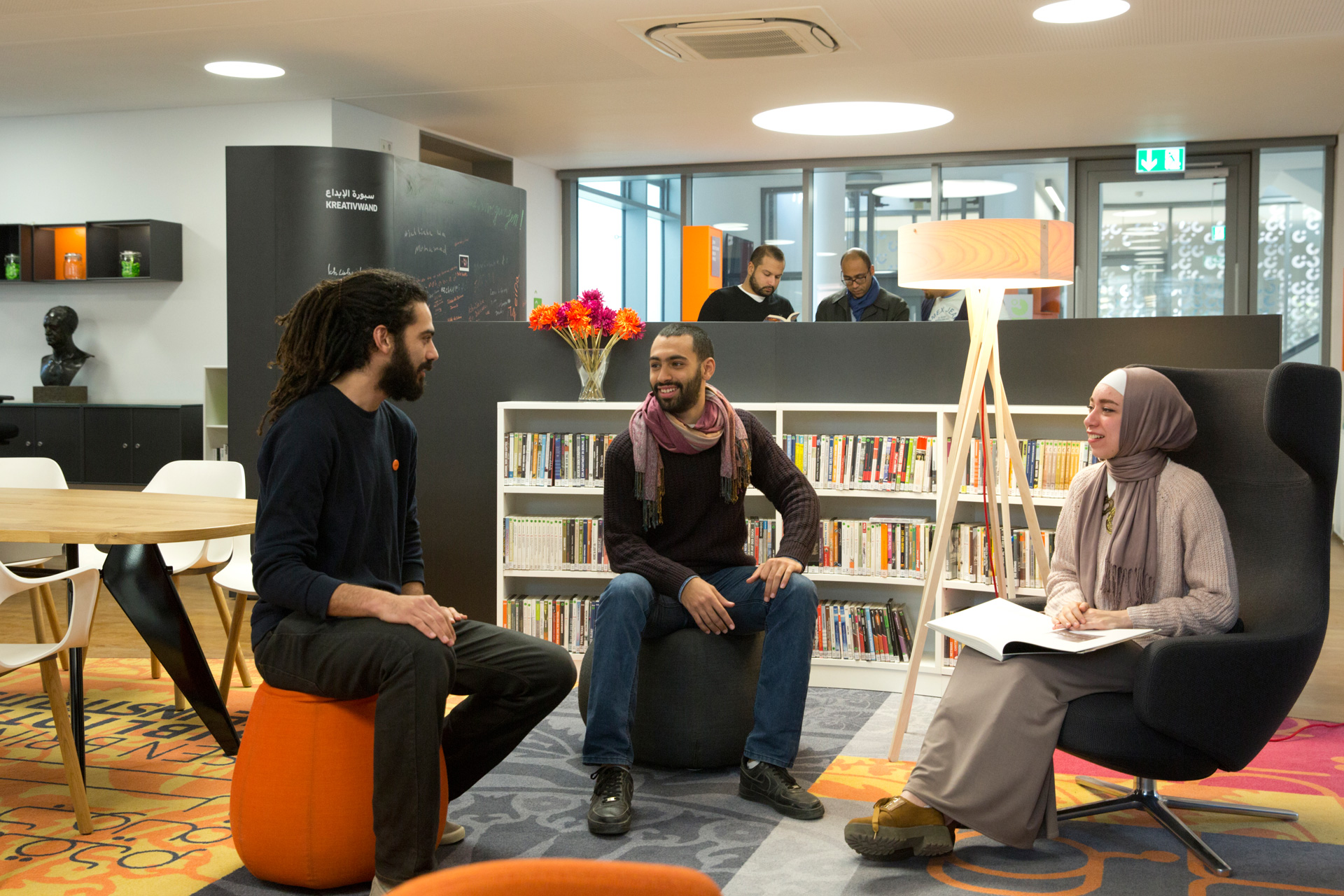 having a chat in the smart oasis 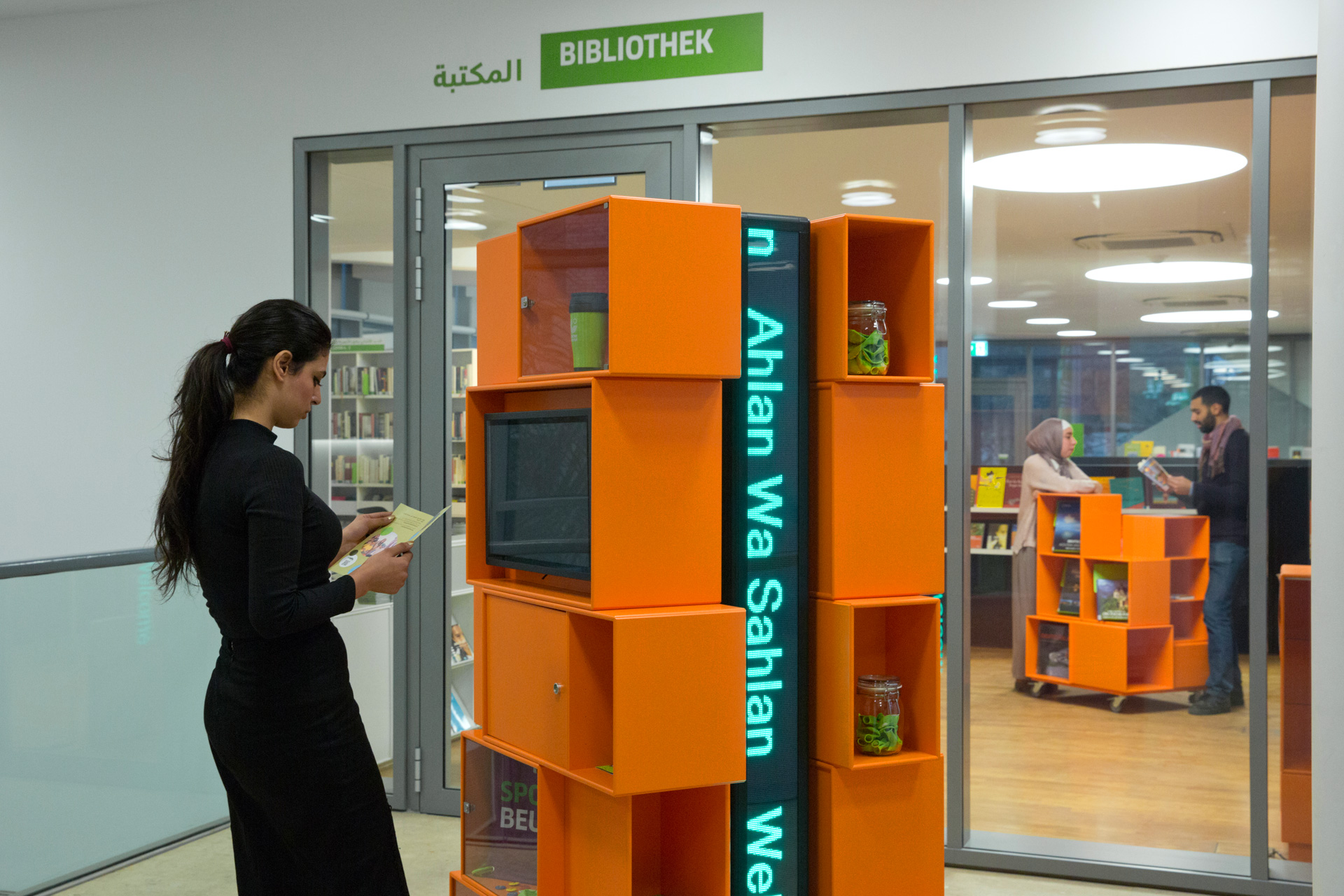 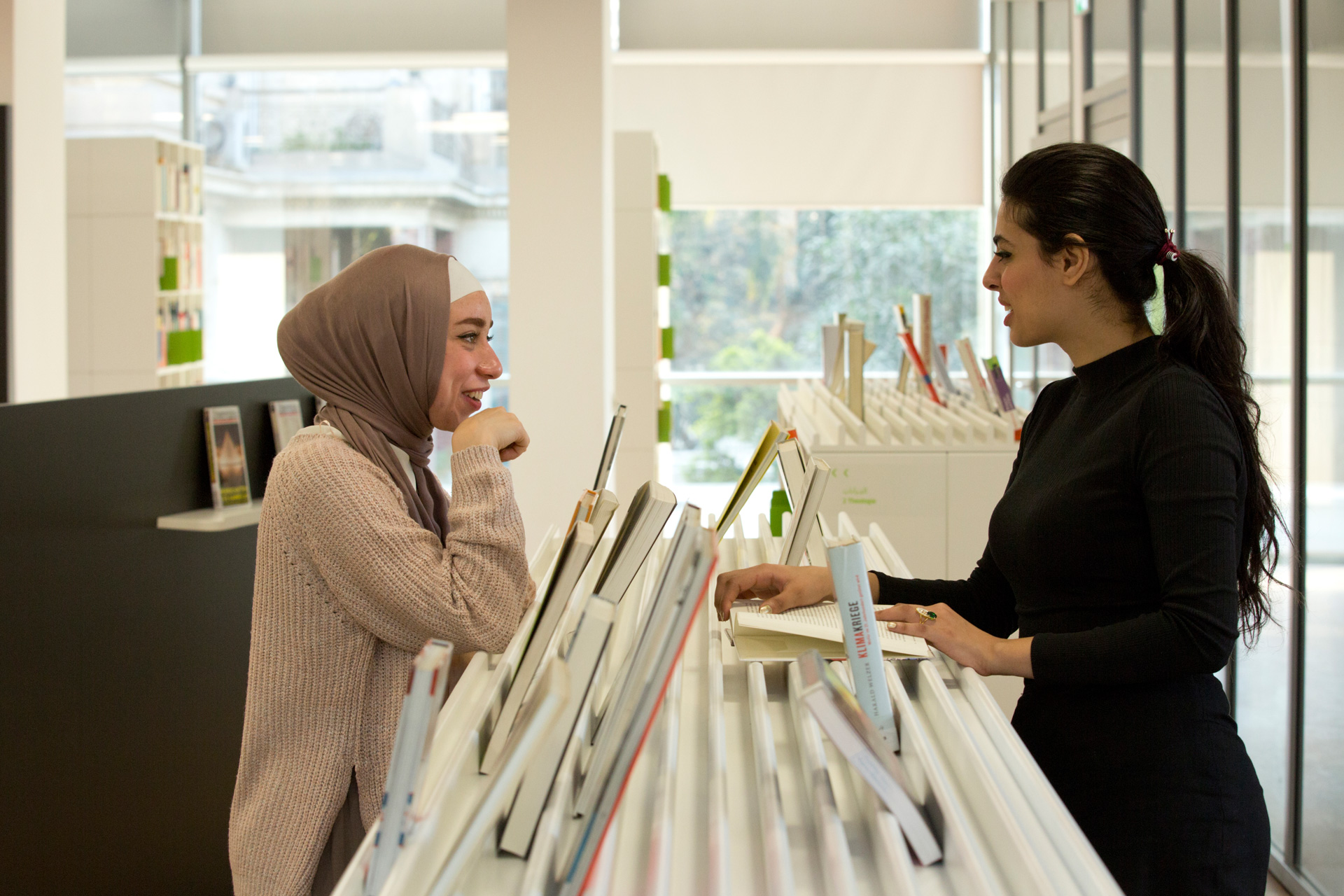 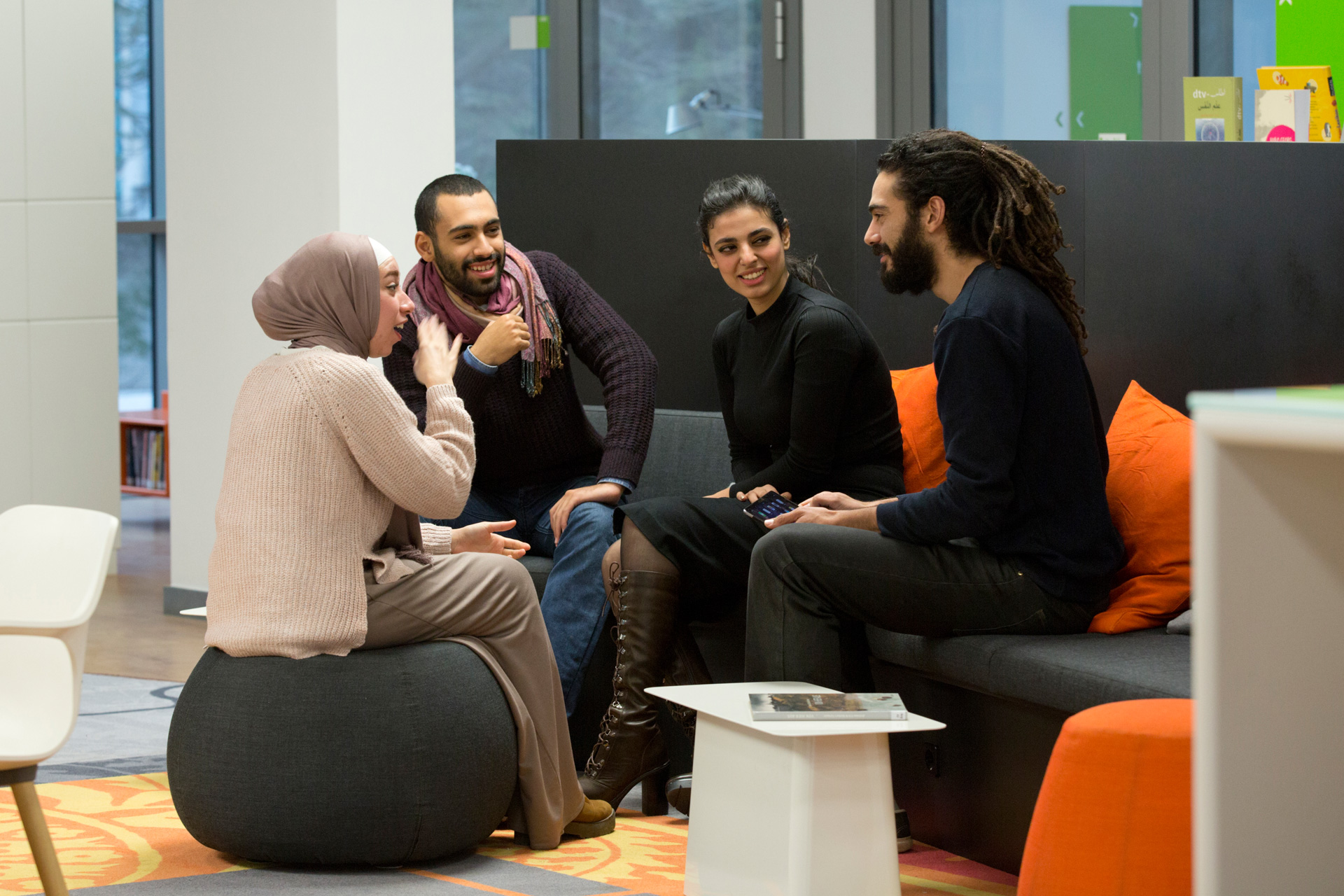 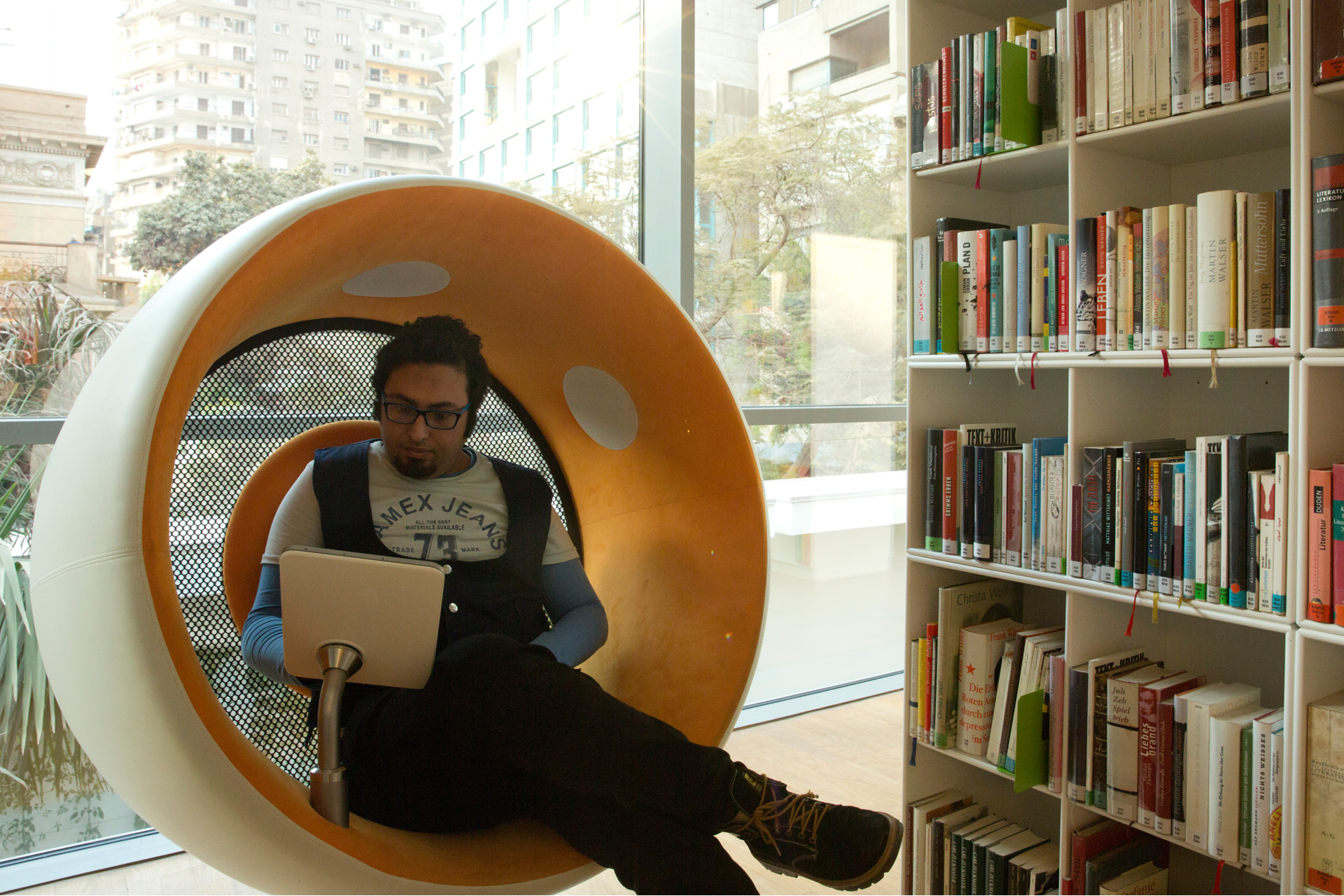 hear music in the sonic chair 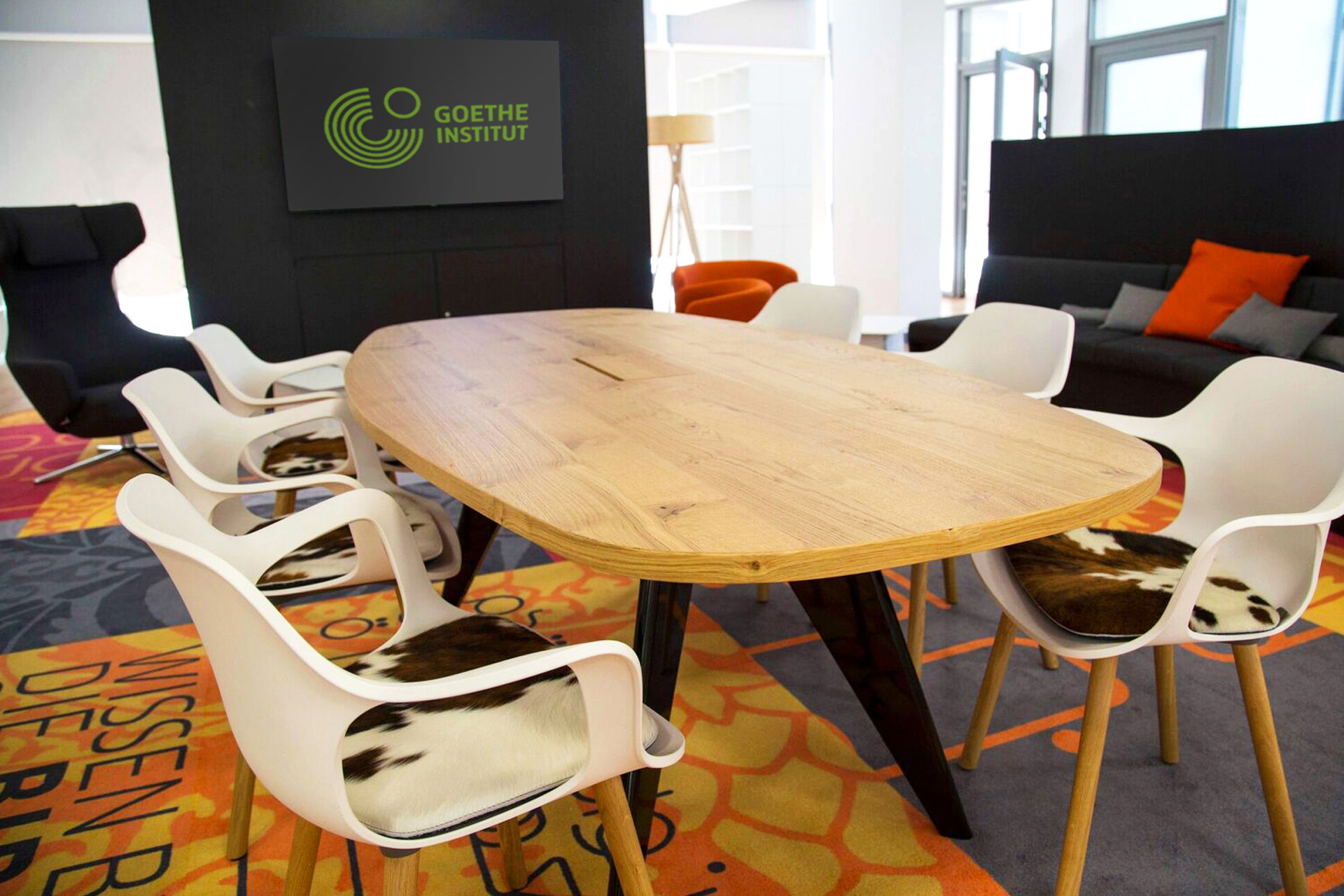 Centrally located in the middle of the library is the so-called „Stammtisch“, which means that it is a place where “regulars” feel at home and meet up. This area entails a nook shielded from the hustle and bustle of the rest of the building (and city), consisting of a wooden table, comfy armchairs and sofa, and soft carpeting. The “Stammtisch” area invites visitors to come back, make friends, ignite conversations, and be inspired.

A crucial consideration of the institute was the kind of challenges and opportunities that would arise as a result of the location change. The institute overall, and in particular the library, needed to determine attributes associated with their new position and location in the city. Therefore, Scheßl/Weismüller launched the planning process by conducting a structured workshop with employees from all areas of the institute. The collaborative process and collective inputs eventually sparked the grand idea of the „Smart Oasis“ as the carrying theme, which proved to be highly successful and accepted by staff and visitors alike. 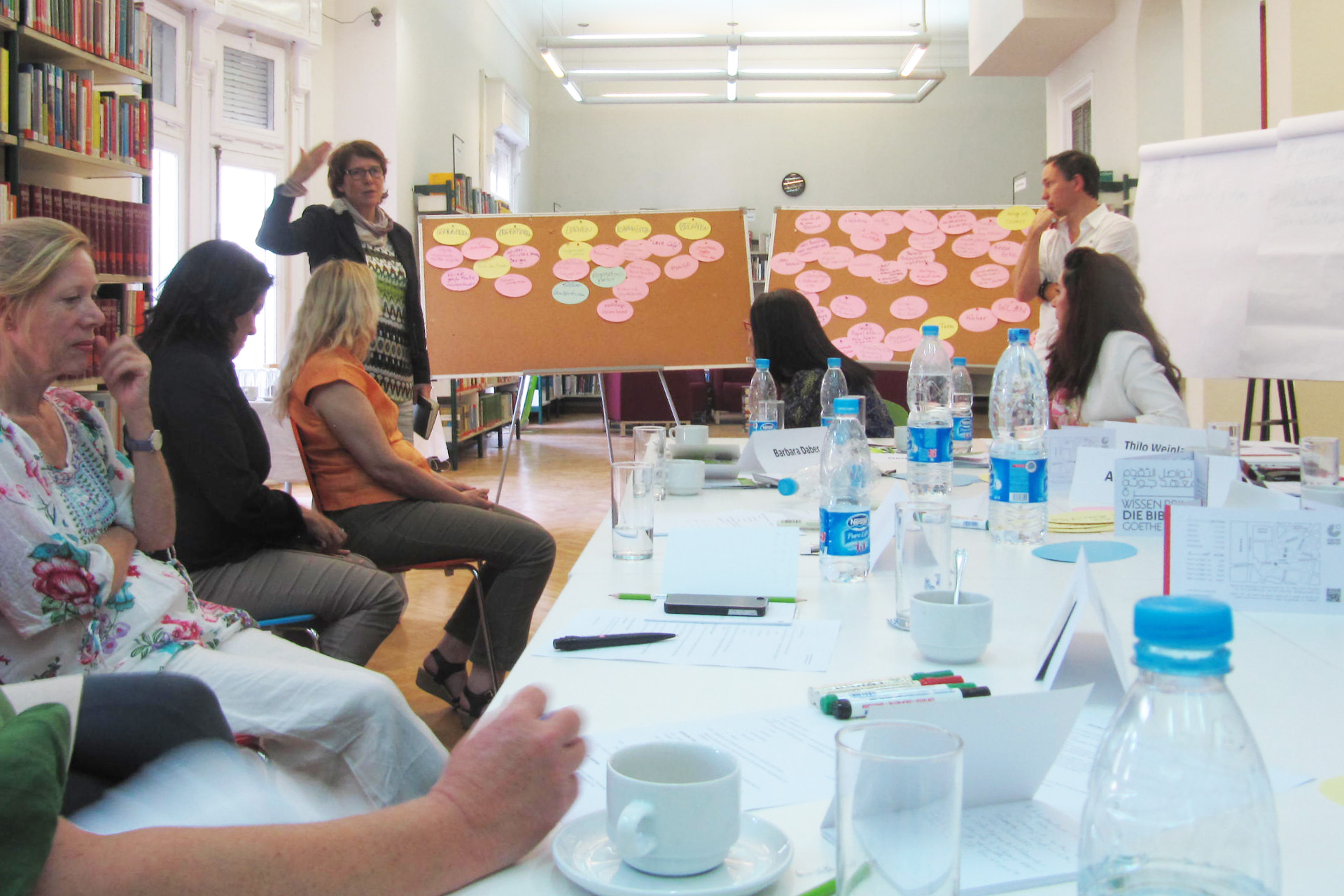 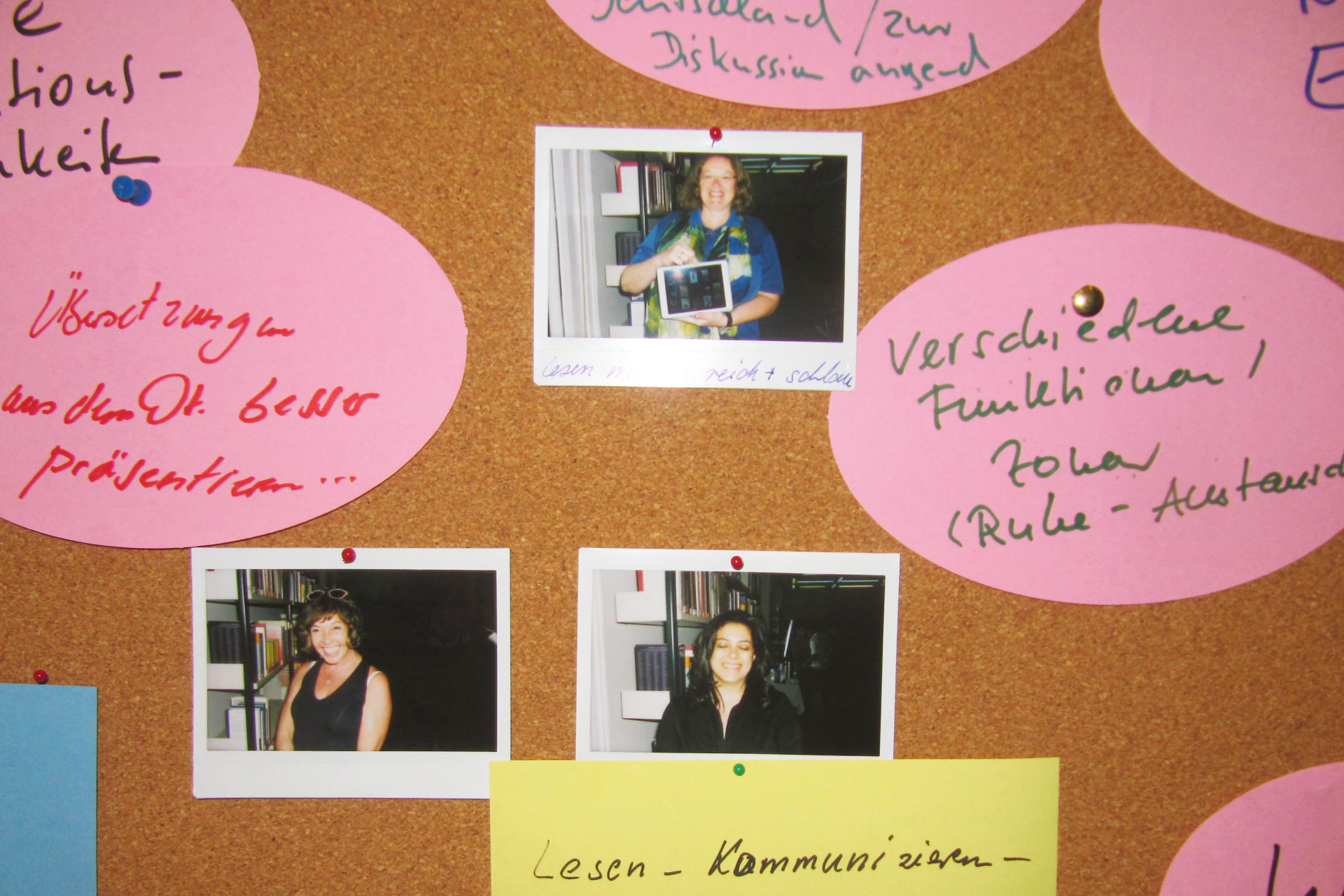 „a place for silence and for communication“ 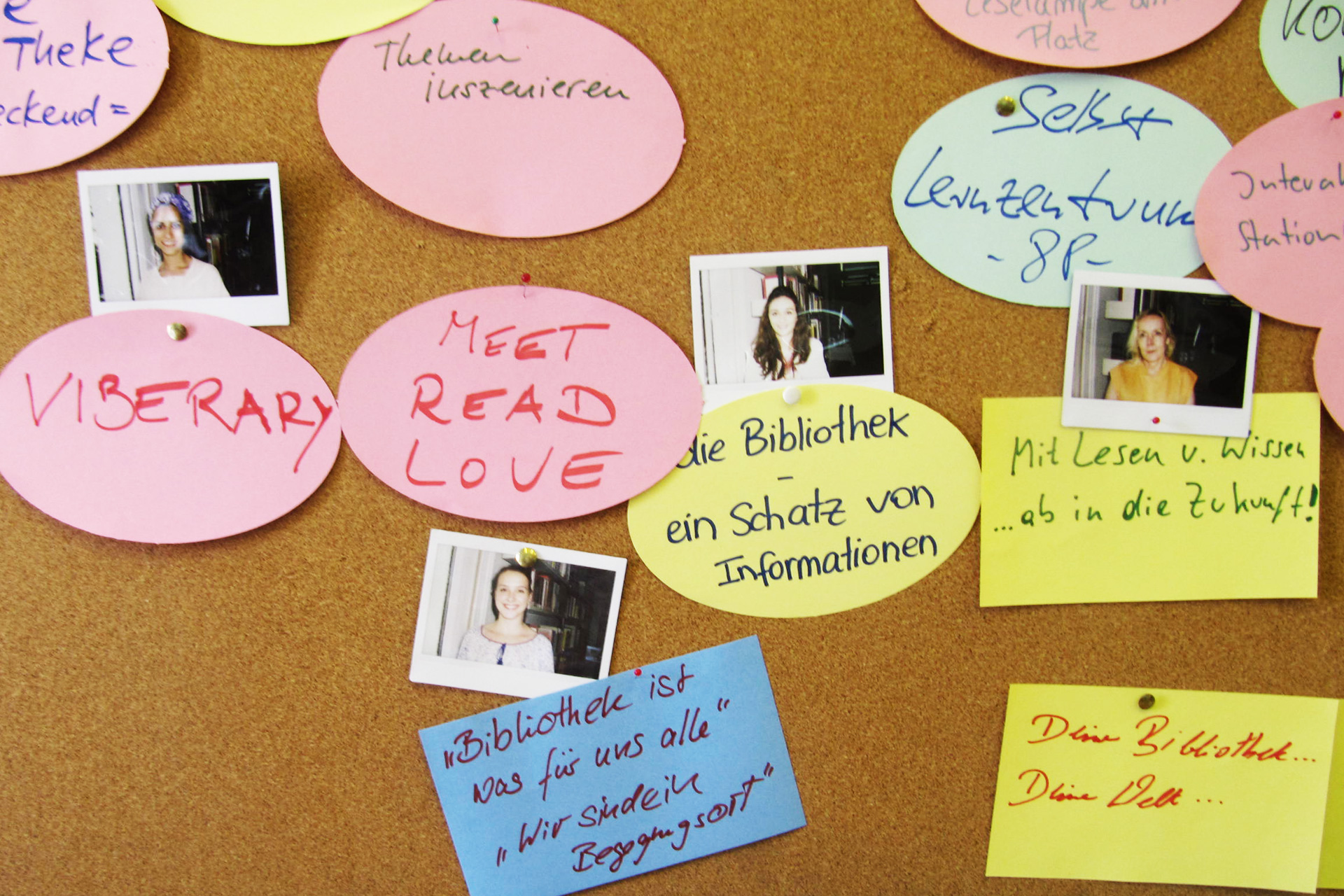 „library- the treasure of informations“ 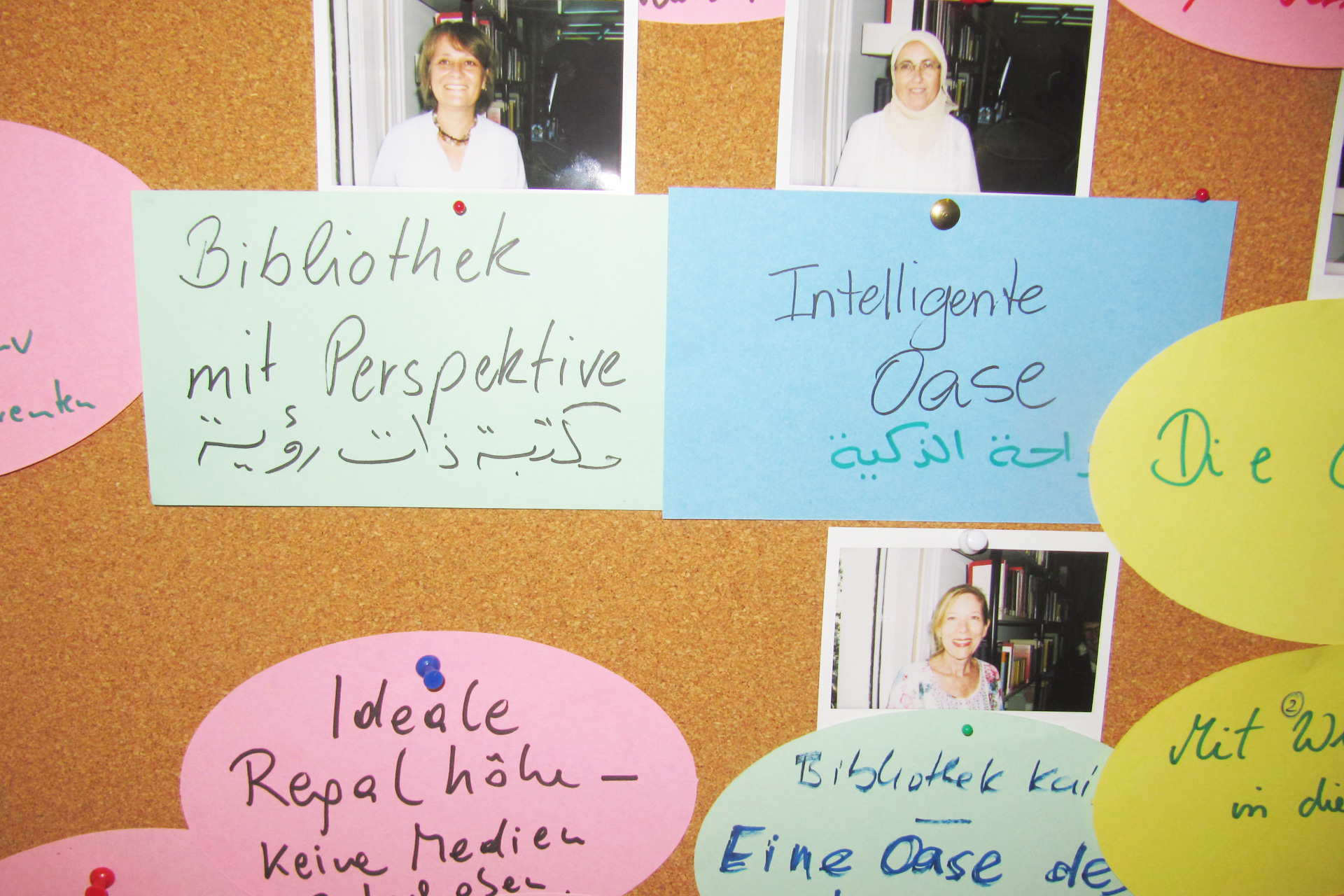 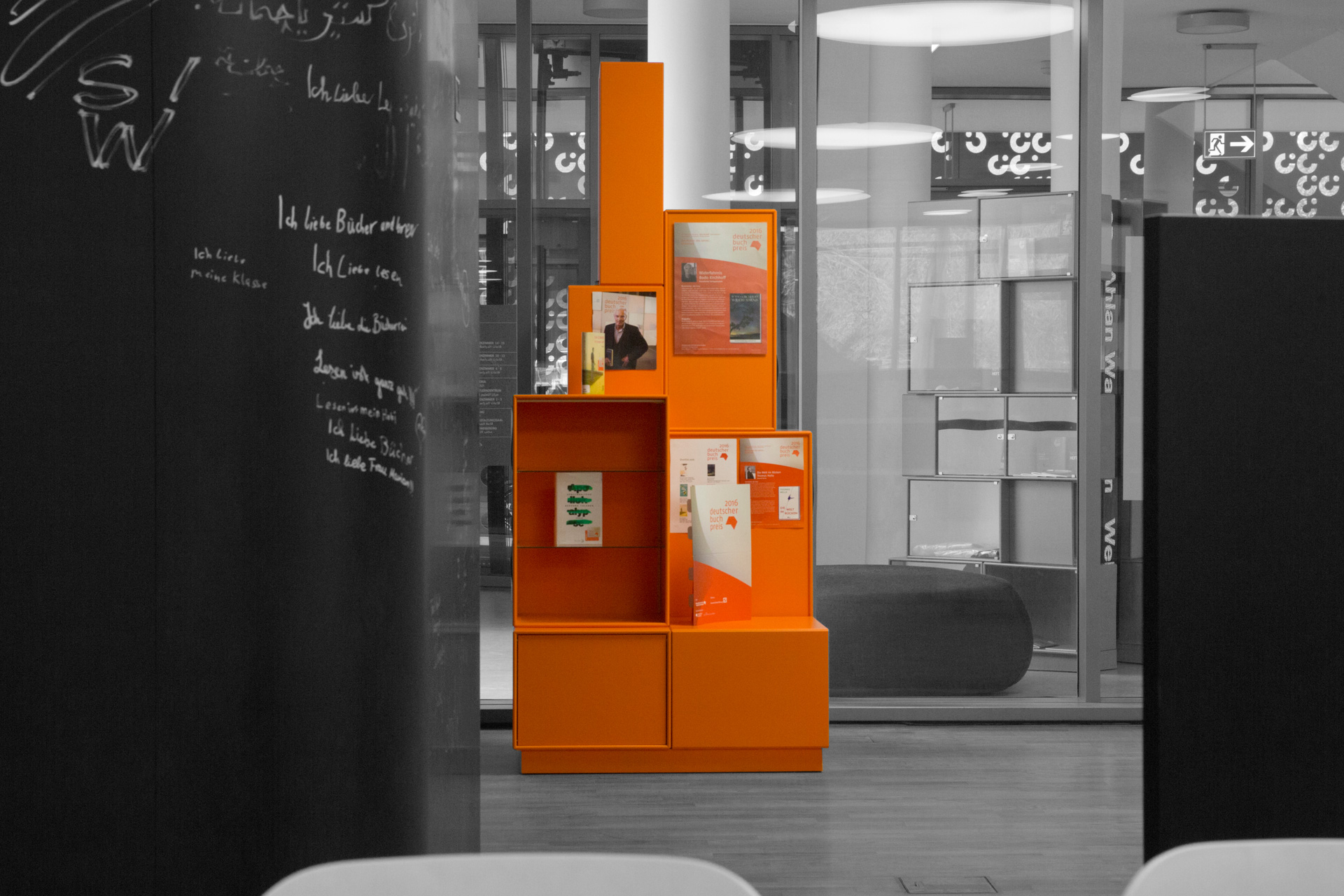 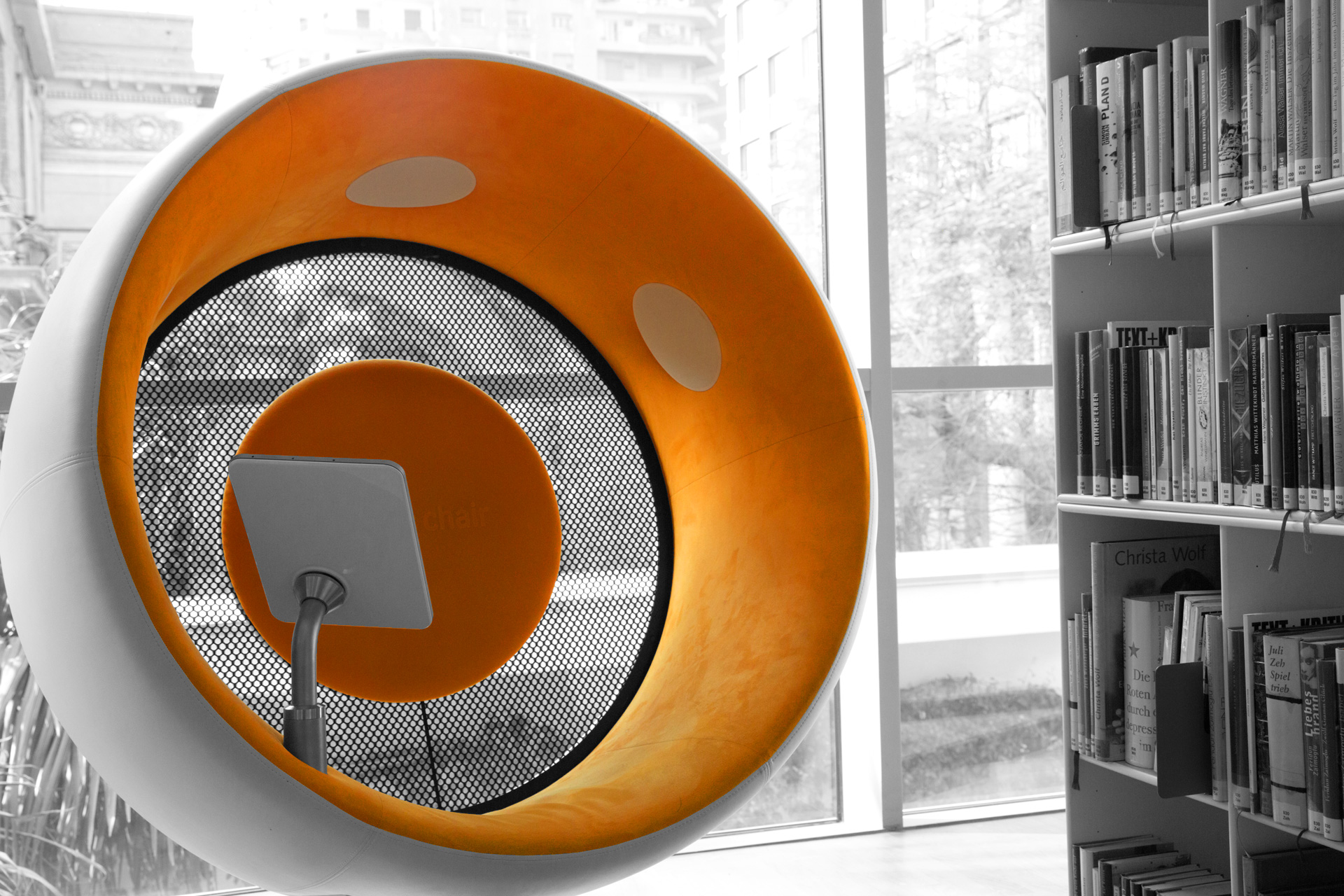